(July 6, 2016 – Montréal, QC) Organizers of Montréal’s Fantasia International Film Festival have announced that Felipe Rodriguez’s feature directorial debut, Kidnap Capital, will have its Canadian premiere on July 30th. The film’s focus is the current epidemic of human trafficking, drop houses and the overall plight of Central American illegal migrants as they make their journey to the “promised land” of the United States.

Kidnap Capital is the emotional story of Manolo (Johnathan Sousa) and his pregnant wife Elena (Michelle Arvizu) as they attempt to cross the US/Mexico border. Like many who make the same journey, they are forced to put their trust, and last of their money, in the hands of human smugglers who promise them safe passage to America. What they don’t realize is that human smugglers are often hired by well connected gangs who seek to abduct migrants and force them into drop houses, which serve as the holding area for illegal migrants while they are extorted for money. As opposed to some of the other captors who have relatives to call and beg for money transfers, Manolo and the other illegal migrants trapped in the drop house are left with no option to be released, and soon realize there is no help coming for them, and they must be willing to fight for their freedom.

“For my first feature film as a director, I wanted to tell a story that I was passionate about,” said Felipe Rodriguez. “Feeding from my first-hand experiences with illegal Central American migrants while filming Wetback: The Undocumented Documentary some years ago, I was able to make Kidnap Capital as “real” as possible. I felt the topic of human trafficking and 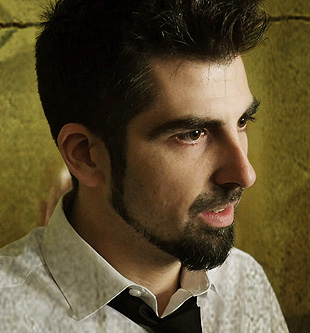 the tragic drop house phenomenon was in need of more public awareness, especially in my home country of Canada.”

Rodriguez added “Growing up around Montreal alongside friends whose families came from Central America, sometimes through tough means, this issue should be very close to us, yet I could see a disconnect between our perspective and what real people are facing at the US/Mexico border. I think movies have the power to inspire and nowadays many don’t bother to plant good seeds with their messages.”

The film has already received recognition from major festivals such as the Shanghai International Film Festival, for which it was selected in the “Best in Canada” section, as well as winning the “Best Non-European Feature Film” from The European Independent Film Festival (ECU) in Paris, and receiving the prestigious “Chairman’s Award” from the San Diego Film Festival.

Kidnap Capital was primarily shot in Ontario with some parts filmed on location in Phoenix, Arizona.

“Rodriguez’s film powerfully captures the extreme vulnerability and brutal violence that so many migrants face in their journey for a better life in the U.S.” said William Paul Simmons, Associate Professor at the University of Arizona. “Though our research team has studied violence against migrants at the U.S.-Mexico border for years, to see it come to life in such a well-crafted film is unforgettable.”

Kidnap Capital will premiere at the Fantasia International Film Festival on July 30th at 9:30PM.

Ruth Wilson in Ottawa in February