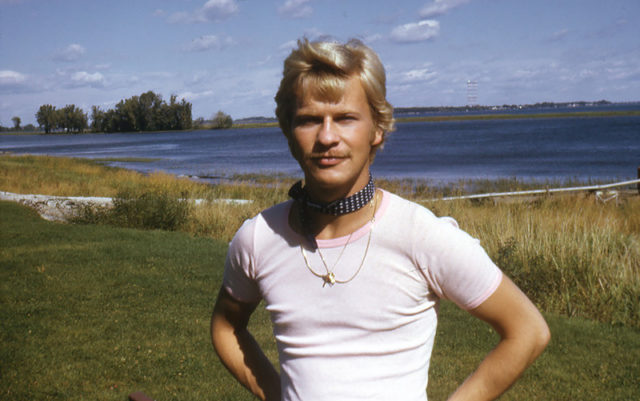 (July 26, 2019 – Toronto, ON) There is a difference between narrative films and documentaries, even those films that are “based on a true story.” The primary job of a narrative film is to entertain, documentaries need to inform, educate, cast light into dark corners, capture history as clearly as possible.

Within the vast genre of documentary you have many divisions. Martin Scorsese’s The Last Waltz for example is entertaining, but most of the film relies on the superb performances on stage and in terms of its weight, its importance, it’s a light film. Laurie Lynd’s 2019 documentary, Killing Patient Zero is something else again.

In its broadest strokes, Killing Patient Zero is a fact-packed look into a time that seemed to balance between the flamboyant era of free love and its dark under belly, homophobia and the rise of the AIDS epidemic. Corey Russell, one of the producers at the film’s production company Fadoo, had optioned the film rights to the book ‘Patient Zero and the Making of the AIDS Epidemic’ by Richard McKay. Several colleagues of Lynd recommended him to Russell and as Laurie Lynd told Northernstars, “ …once I knew what the material was, I was delighted to take it on.” 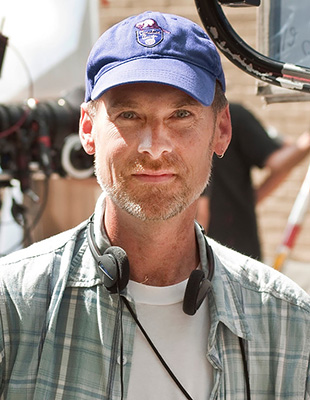 Those of us of a certain age and those a little older and a little younger, remember those times. So does Lynd. “Right away, I realized I wanted to make this film because of having lived through the times it depicts, having experienced some (though mercifully not the worst) of the horrors of the AIDS years, and because I have long wanted to mark the costs of homophobia on my generation of queer men and women. All these elements are present in the tragic story of the vilification of Gaétan Dugas.”

To make this a little clearer, the film’s title doesn’t mean doing away with a real person. What it means is that Gaétan Dugas was erroneously tagged as “Patient Zero” in the book ‘And The Band Played On.’ Richard McKay’s book and Lynd’s film took on the task of telling the truth.

“I’d read ‘And the Band Played On’ in the late ’80s and was deeply affected by it, inspiring me to write and direct my short film RSVP, so it was an extraordinary opportunity to revisit (Randy) Shilts’ work 30-something years later. I also realized that in addition to hopefully, and finally, rehabilitating Dugas’ name, Killing Patient Zero could tell the story of the pernicious legacy of the homophobia of the times.”

One of the reasons I say this documentary is fact-packed is that there’s not a wasted moment in this film. Shot over a very tight 4-week schedule, Lynd conducted interviews in Toronto, Montreal, Sherbrooke (Québec), Vancouver, Portland, Tucson, San Francisco, New York City, Tampa, Miami, and Atlanta. Everyone in the film knew Gaétan Dugas. They were friends, co-workers, lovers and people in the medical community mystified by some unknown disease that was killing gay men at the time.

The pace is fast without being frenetic. The clips are short, the cutting precise. Whatever people said in the interviews has been pared down to a sentence, or two or three that helps push the story forward. This isn’t unrelenting editing for the sake of creating some artificial pace. It’s finding the words that adhere to the storyline and help build the case that Gaétan Dugas was just another guy living life to the fullest at a time when that seemed to be a requirement. The footage shot over 4 weeks turned into 16 weeks in the edit suite to create the film.

There are moments in this film that are raw and some words may offend some people, but that is bound to happen when people don’t hold anything back, when they tell the truth, when they open up about themselves or the people they know. 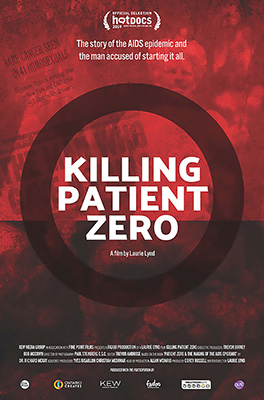 “This was an incredibly intimate film to make – in interacting with my interview subjects I was often quite candid about myself as a gay man and my own struggles with internalized homophobia – much more so than I would normally be during an interview, where I like to be a very neutral presence. But this was tough stuff for people to talk about and I wanted them to know that I, too, had experienced much of what they were discussing. And interviewing someone on camera is such a trust exercise, I feel a real responsibility to my subjects to honour and always best represent what they were kind enough to share with me.”

Lynd added, “Making the film was harrowing, though, as it forced me to ‘live’ in the terrible AIDS years again – something I’d survived, but in some ways had never processed as thoroughly as I did by doing this film.”

If you think Killing Patient Zero isn’t for you, you’re probably wrong. This film neither celebrates nor condemns what some may term the “gay lifestyle.” It simply isn’t about that. While of necessity there is that backdrop, the story is about justice. It is also an intriguing mystery that ultimately corrects a record that stood as fact for far too long.

Laurie Lynd has made an important documentary and like all filmmakers he hopes as many people as possible will see Killing Patient Zero. “I think of myself as a storyteller. And as a life-long cinephile, I have a paramount goal of making a film – even a documentary on a tough subject – entertaining. We forget our history so quickly now, and I’m stunned by young people (even young LGBTQ people) who don’t know about the shocking homophobia of only decades ago.”

Killing Patient Zero had its World Premiere at the 2019 Hot Docs Canadian International Documentary Festival. It opens today, July 26, 2019, in general release at the Hot Docs Ted Rogers Cinema in Toronto. There will be a Q&A session after the Friday, July 26, 6 PM screening. Follow the link to watch a trailer.