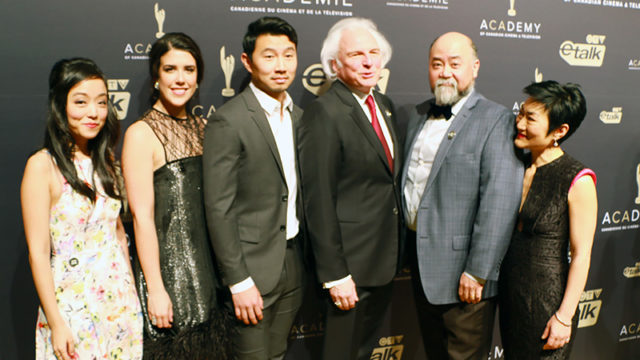 Kim’s Convenience Takes Off
by Staff

(May 6, 2019 – Vancouver, BC) The Thunderbird Entertainment Group Inc. has announced a distribution deal with Encore Airlines for the first two seasons of the hit TV series, Kim’s Convenience. The Canadian Screen Award-winning series will soon be available for in-flight viewing on major world airlines, including Cathay Pacific, Emirates, SilkAir, Scoot, Royal Brunei Airways, Thai Airways, Qantas, and Qatar Airways. The agreement will also include season three when available.

“Everyone at Thunderbird is thrilled by the expanding international interest and acclaim that Kim’s Convenience is receiving, now including some of the world’s most prestigious airlines and their customers,” says Jhod Cardinal, Director of Distribution, Thunderbird Entertainment. “While the fictional Kim family lives in downtown Toronto, our new partnership with Encore Airlines

creates the opportunity for in-flight passengers to experience the wit, charm and heart of the series, bringing them smiles as they travel around the world.”

“After success on previous distribution deals with Jhod and his team at Thunderbird, for productions including Chasing Evel and Celebrity Style Story, we are excited by the opportunity to continue doing business together,” says Jovida Toh, Chief Executive Officer, Encore Airlines. “We are excited to share Kim’s Convenience with viewers in the sky, as they seek to relax and enjoy the in-flight entertainment programming offered by our top-tier airline partners.”

This high-profile partnership follows other major distribution deals for the award-winning Canadian series. In January, Yoon & Company acquired the series for distribution on cable TV in Japan and Korea, on top of the ongoing partnerships with Netflix for global streaming rights, and with Amazon for VOD rights in the United States and United Kingdom.

Season three of Kim’s Convenience premiered in Canada on CBC Television on January 8, 2019, and a fourth season begins shooting this spring. The series is based on the award-winning play by Ins Choi, who co-created the series with Kevin White. The series is produced by Ivan Fecan (pictured above with the cast), who is also the executive producer along with Choi and White, and Thunderbird’s Executive Chair of the Board.