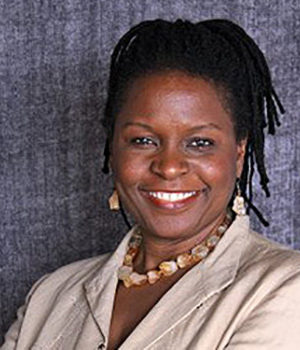 Karen King was born in Trinidad & Tobago and raised in Vancouver. She attended Simon Fraser University, and was a student at Norman Jewison’s Canadian Film Centre the same year as director Stephen Williams. Her first production credit is as producer on Williams’s Canadian Film Centre short A Variation on the Key 2 Life in 1993.

She was an associate producer on the television movie Race to Freedom: The Underground Railroad in 1994 then became the first Canadian black woman to produce a feature, Clement Virgo’s Rude in 1995. It was invited to the Cannes Film Festival and nominated for a best picture Genie Award. Later she became a producer with the National Film Board’s Special Mandate Team for Cultural Diversity Program. She produced Black, Bold and Beautiful, a film about the politics of black hair, and Unwanted Soldier, about Chinese-Canadian soldiers during the Second World War. It won the Best History Documentary at Hot Docs 2000, the Canadian Heritage Award from the Yorkton Film Festival and the Canada Award, an award presented by the Academy of Canadian Film and Television that honours excellence in programming that reflects the racial and cultural diversity of Canada.

King also produced Raisn’ Kane: A Rapumentary, an insider’s look at Canada’s Hip Hop culture; The Travellers: This Land Is Your Land; and Bollywood Bound in 2003, a look at Indo-Canadians returning to India hopeful for a Bollywood break. Sleeping Tigers: The Asahi Baseball Story, from the documentary series About Us, won best sports program at the 2004 Banff Television Festival and was nominated for two Gemini Awards, including best history program.

Leaving the NFB, she produced the independent documentary Hogtown: The Politics of Policing in 2005 before joining CanWest Global, where she served as executive producer on series such as ‘Da Kink in My Hair, The Guard, ReGenesis, Search and Rescue and Shattered. She stepped down as executive in charge of production with Shaw Media in 2012, and today she is a motivational speaker.

Karen King is the founder of Productions without Borders, an online community dedicated to supporting the film and television content industry in reaping the benefits of diversity and inclusion. She was founding vice-president of the Black Film and Video Network. She is also a recipient of the African-Canadian Achievement Award for Excellence in Media, a past director of Canadian Women in Communications and a member of the Canadian Standards of Broadcasting Council Panel.