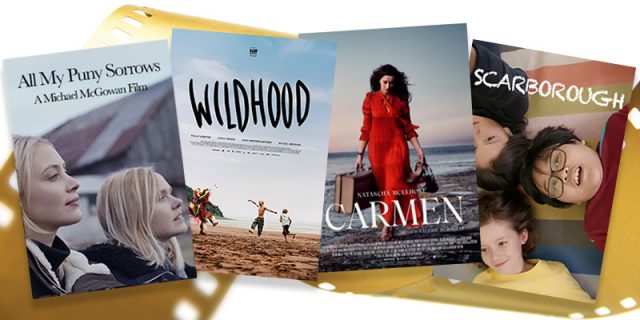 (February 25, 2022 – Toronto, ON) I hear Kingston is beautiful in the summer. I have no doubt that’s true, but the dozen or so times I’ve been in Kingston were always during the cold and sometimes bleak days of early March. Not because I am drawn to the frigid wind blowing off Lake Ontario. I go to Kingston because of its community of film lovers, particularly the organizers and Kingston Canadian Film Festival (KCFF) participants. There’s enough warmth coming out of the festival to battle the chills of winter’s fierce last hurrah.

KCFF launches into its 22nd season on March 3. Again, I will be there. And so will some outstanding filmmakers, notably director Michael McGowan, attending with a screening of All My Puny Sorrows, and director Valerie Buhagiar for her screening of Carmen.

KCFF was one of the first COVID casualties two years ago as the pandemic burst onto the scene with a ferocity far more significant than even a crippling blizzard. The festival opened its doors only to turn around and close them again. The following year the festival went virtual. People still showed up–albeit in their living rooms–to stream fantastic Canadian Cinema, with the added features of hosted Q & A’s with the filmmakers.

To quote a statement from the festival’s newsletter, “While nobody has been exempt from the strangeness of the past couple of years, filmmakers and film festivals have kept rolling along, one eye on adapting to the times, and the other searching for a light at the end of the tunnel.”

This year, KCFF has its first hybrid festival, which incorporates adapting to the times and acknowledging the end of the tunnel.

In total, KCFF will be streaming 30 films, with 8 of those films screened in person.

It’s worth noting that of the 30 films (plus a short film program), there are great titles up for the Canadian Screen Awards.

The festival opens with director Michael McGowan’s beautiful adaptation of Maeve Toews’s short story, All My Puny Sorrows. The story centers around two exceptionally talented sisters, an author struggling against the demons that plague a writer’s pursuit of their second novel. One of them suffers from depression. The other is a highly respected concert pianist. McGowan’s treatment of the subject matter, potentially dark, is filled with the absurdity that plagues this disease, sometimes funny, sometimes heartbreaking, always engaging. McGowan’s film is highlighted by the exceptional performances of its leads, Sarah Gadon and Allison Pill.

Other highlights include director Bretten Hammon’s debut feature Wildhood, a topical and moving coming-of-age road picture about a young man discovering himself while fleeing (with his younger brother in tow) his abusive step-father. The Toronto Film Critic’s Association recently announced Hammon as this year’s Jay Scott Emerging Talent Award winner.

Director Valerie Buhagiar presents her film, Carmen. Carmen is a feature worthy of Frank Capra, where Capra has taken his cameras off American soil and taken them to the coastal towns of Malta. Carmen is a delightful story of a woman (Natascha McElhone) who dedicated 34 years to caring for her brother, a Priest, inside Parish walls. In return for her servitude, Carmen is provided with a home. But when the brother dies, Carmen, now 50, is homeless. Without proper education or even life experience, Carmen is sent, naïve and vulnerable, into the world. But fate takes an exciting turn when Carmen, hiding in the confession booth, is mistaken for her brother’s replacement and begins dispensing advice that changes the lives of the community and sends Carmen on a path of discovery.

There is also a screening of Scarborough, which should be–needs to be–on everyone’s must-see list. Scarborough is a rich experience that proves how significant Cinema can be from direction to writing to performances. Delightful, engaging, dramatic, inspiring are just a few adjectives that help describe the many aspects of this diverse, meaningful, and undeniably rewarding film from directors Sasha Nakai and Rich Williamson, from the book by Catherine Hernandez. 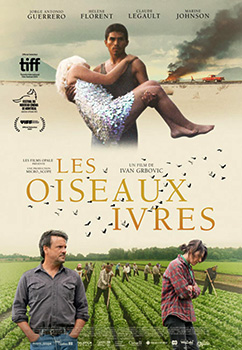 Director Ivan Grbovic’s Drunken Birds incorporates an international story and weaves them into the Canadian immigrant experience. In Drunken Birds, Willy (Jorge Antonia Guerrero) makes a dangerous confession of love to his boss’s wife, a feared Mexican drug lord. After helping the woman escape, he too leaves, joining a group of migrant tobacco pickers, with hopes of reconnecting with his lost love.

Other titles to keep your eye out for are The White Fortress, Learn to Swim, Bootlegger, Meaning of Empathy, and Maria Chapdelaine.

KCFF runs March 3 to 13 and there is more information online.

NOTE: The poster images for All My Puny Sorrows and Scarborough were created by Northernstars only for use with this article.