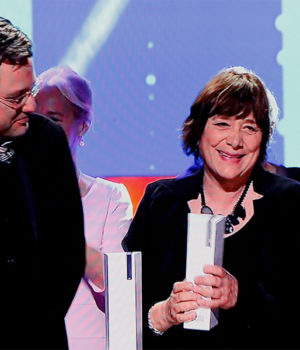 (March 21, 2016 – Montréal, QC. Updated: 2:45PM) The rebranded Jutra Awards got off to a quick start when co-hosts Pénélope McQuade and Stéphane Bellavance addressed the issue that prompted the name change right off the top. “There are victims who’ve lived shrouded in silence for too long,” said McQuade, on stage at the Monument National on this city’s famed lower St-Laurent Blvd. The victims were those underage boys molested by famed Québec director Claude Jutra. Speaking in French, Belavance added: “We want to express to them our profound compassion.” And with that, history was done with and for the next two hours the show turned out to be just what its name says, a gala. It was a grand celebration of filmmaking and filmmakers in Québec.

The top winner was Léa Pool’s La Passion d’Augustine which took six awards, including best film, director, lead actress (Céline Bonnier), and supporting actress (Diane Lavallée). La Passion d’Augustine is the story of a strong-willed nun, played by Bonnier, who must fight to save her convent in the 1960s. It was the era of the so-called Quiet Revolution and much of that change came directly from the government of the day which, among other things, wanted to close religious schools.

Meanwhile, the billet d’or, which is given to the film that had the largest box office take went to La guerre des tuques, (Snowtime) the animated 3D re-make of the beloved 1984 Quebec film.

Northernstars congratulates all the nominees and winners at the 1st Gala du Cinéma québécois. 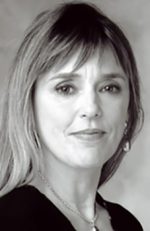 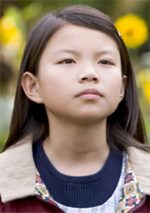