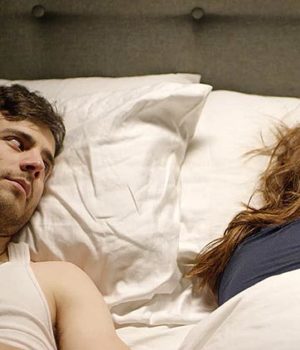 (April 3, 2017 – Toronto, ON) A quick take of the 7th annual Lakeshorts International Short Film Festival, usually referred to just as Lakeshorts, reveals 16 films selected from more than 100 submissions from 6 different countries all ready to unspool over 2 nights in early May just over 30 days from now.

As always, fans of great shorts can count on this festival for a fine selection of Canadian films, like Becoming Wigglesworth, which is a fun tale about taking a chance in life and doing what one really wants to do. Then there’s Alison, directed by David Lester and written by Jessica Rose, which is a poignant snapshot of the modern relationship where a dysfunctional night with his girlfriend challenges Jay to evaluate whether the rewards of intimacy and commitment are worth the accompanying baggage. International films include the

poignant drama, Son from Luxembourg which tells the story of a father who cannot come to terms with his son being in a coma.

“As South Etobicoke residents who are passionate about film, we are honoured to continue to bring a diverse offering of thought-provoking independent short films to Toronto audiences,” said Nolden. “Our hope is that film-goers will feel transported and inspired.”

Tickets for the Lakeshorts International Short Film Festival go on sale this Friday, April 7 at 12:00pm ET. Tickets for the Scotiabank Loved and Local evening are $40 and tickets to the AGF Gala and after-party are $65, both available for purchase online. The festival runs on Friday, May 5 and Saturday, May 6, 2017.

Lakeshorts is produced by Fifth Ground Entertainment Inc.’s Chris Szarka and a complete list of films screening this year as well as ticket information is available online.