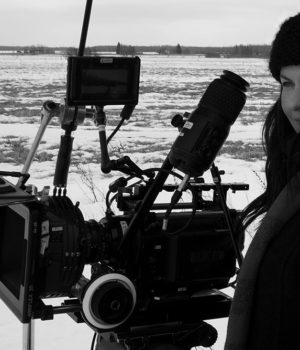 (February 9, 2016 – Toronto, ON) Markham Street Films has announced that rising stars Devery Jacobs (Rhymes for Young Ghouls) and Imogen Waterhouse (Nocturnal Animals), are on board to star in Level 16, a new Young Adult thriller from the Toronto-based production company. Devery and Imogen will join Sara Canning (The Vampire Diaries, War for the Planet of the Apes), who will play the role of Ms. Brixil, the head of The Vestalis Academy, the boarding school at the centre of the film. Level 16 will start production this summer with screenplay and direction by Danishka Esterhazy.

“Devery and Imogen are my dream cast for Level 16”, said Esterhazy, pictured above. “They are intelligent and deeply talented young actors. Passionate and professional. Each has her own unique style and I can’t wait to see them work together as they bring to life our lead characters Vivien and Sophia. ”

In Level 16, Devery Jacobs plays 16 year old Vivien, trapped in The Vestalis Academy, a prison like boarding school, keeping to herself and sticking her head out for no one. Until she is reunited with Sophia, played by Imogen Waterhouse, the former friend who betrayed her. Together the 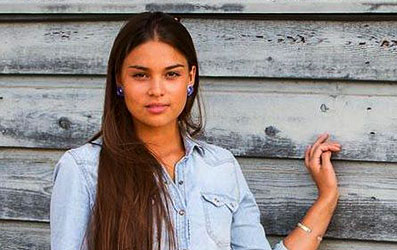 girls embark on a dangerous search to uncover the horrifying truth behind their imprisonment. Soon running for their lives, the girls must save themselves or die trying.

British-born Imogen Waterhouse has quickly become a familiar face in the UK as a result of her impressive modelling career, having already graced the cover of Tatler and given interviews to Vogue. She studied at the Oxford School of Drama and has been creating a buzz among casting agents on both sides of the ocean. Listed as a “Rising Star of British Cinema” by the Daily Mail, her career is about to explode. She will soon be seen in the new Tom Ford feature Nocturnal Animals.

Kawennáhere Devery Jacobs exploded onto the Canadian film scene with her riveting lead performance in the award-winning feature film Rhymes for Young Ghouls – which premiered at the Toronto International Film Festival and earned Jacobs a nomination for Best Actress at the 2014 Canadian Screen Awards. She has also appeared in the films Exploding Sun, alongside Julia Ormond and South of the Moon. Devery’s upcoming projects include a leading role in the feature film, The Sun at Midnight and the supporting role of Andrea in The Land of Rock and Gold.

Launched in February of 2002 by Judy Holm and Michael McNamara, the award-winning Markham Street Films makes film and video projects for all media.