Home Directors Arthur Lipsett – The Ghost in the Machine 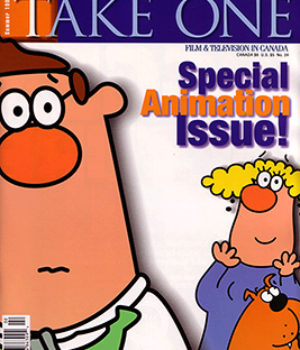 The Ghost in the Machine:
The Short, Tragic Career of Arthur Lipsett
By Malcolm Fraser

Arthur Lipsett worked as a filmmaker, editor and animator at the National Film Board during the 1960s, during which time he made several brilliant and disturbing films that won him great attention in Canada and abroad. Lipsett’s films are dark, highly personal visions of the world, containing found footage and sound, always in ironic contrast. In 1986, Lipsett committed suicide; he had been living in obscurity and hadn’t made a film in years.

That fall, Toronto’s Festival of Festivals (as it was then known) presented a retrospective of his work. Programmer and subsequent Toronto Star film critic, Geoff Pevere noted: “It has been all too common in Canada that our greatest talents have been under–appreciated. Arthur Lipsett was unquestionably one of the most innovative filmmakers this country has ever produced.” Indeed, Lipsett can be seen as a symbol of the golden age of cinematic innovation in Canada, gone and largely forgotten. The man whose first film was nominated for an Oscar and whose early media supporters compared him to Picasso, Salinger and Blake, is now a footnote in history, having gained neither the international acclaim of Norman McLaren or the avant–garde status of Michael Snow.

Little is known about Lipsett’s personal life. An NFB file from the time of his employment reveals only that he was born in Montreal in 1936, studied at the Montreal Museum of Fine Arts and was unmarried. Lipsett joined the NFB in 1957 as an animator but eventually moved into editing. The first film he directed was Very Nice, Very Nice, which was nominated for a Best Short Film Oscar. Setting the tone for his oeuvre, the film is an onslaught of contrasting image and sound, presenting a world gone out of control through technology, violence, consumerism and declining values. Lipsett’s world view was cynical if not misanthropic; at one point in the film, a voice asks, “What is the meaning of life? What is good? What is of value?” Another voice answers, “Ummmm” over footage of a mushroom cloud. Throughout, animals and children appear as symbols of lost simplicity and innocence.

21–87 (1963) is another cynical and chaotic vision of the world, interspersed with calm, slow–motion sequences with a serene, poetic tone; the most affecting sequence shows a series of senior citizens looking up at the heavens with uncertain glances. The soundtrack consists of industrial noise, gospel music, snippets of voice over (Lipsett was way ahead of his time in mocking the optimistic tone of radio and TV announcers) and voices slowed down and otherwise distorted. With Free Fall (1964), Lipsett tightened his style; the images still consist of found footage, but the editing is more precise and more dynamic. Again, fast cutting is followed by single, meditative long takes; the recurring sequence this time is an extremely fast–paced montage of trees and flowers that puts contemporary “experimental” noodling to shame.

A Trip Down Memory Lane (1965) was coproduced by Lipsett and legendary NFB documentary master, Donald Brittain. The film is slower paced than Lipsett’s previous work; it begins with a series of straight ahead newsreel sequences, then spirals into Lipsettland as the pace quickens and the footage becomes more sinister, culminating in a series of still images of horrified faces. The sound is also unsettling, featuring a crazed preacher and a low rumbling that could be a drum roll, a machine’s workings or an explosion. In 1965, Lipsett turned his focus toward documentary, directing four films intended as “Psychology Topics For Discussion Groups.” Fear and Horror, Animals and Psychology, 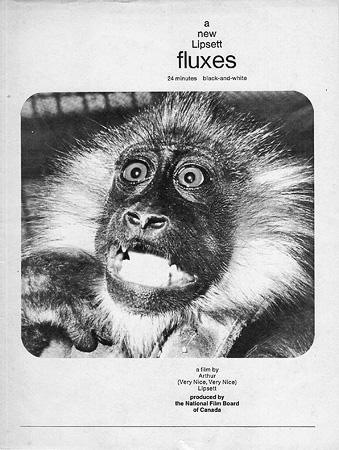 Perceptual Learning and The Puzzle of Pain, though not available to the casual viewer, indicate in their titles a continued exploration of the ideas that Lipsett addressed in his experimental work.

Fluxes (1967) continues the development of Lipsett’s style hinted at in A Trip Down Memory Lane. The pace is slow and even, with none of the hyperactive montage of his early shorts. The film is also more dense, less obvious in its themes. Recurring footage includes an elderly comedian showing off ridiculous gadgets, some Rube Goldbergesque animation, and a lot of Asian religious ritual. Lipsett’s last film for the NFB was N–Zone (1970). My efforts to find a copy were unsuccessful, but according to press reports of the day, it is a more personal work, in which Lipsett himself appears along with his family and friends. Writer Peter Chapman noted in 1981 that “the exploitation and bankruptcy of older cultures, the fading aspirations of his parents’ generation, the questionable aspirations of his peers and Lipsett’s own attempts to understand the world invade the everyday actions that he depicts.”

After leaving the NFB, Lipsett moved to Toronto; the years between this departure and his suicide are largely a mystery. In the mid–1970s he made a highly personal film entitled Encode, funded by the Canada Council, which is not available to the public. One of the more interesting aspects of Lipsett’s work is its resonance with young people. At the height of their popularity, Lipsett`s films were commonly screened to high school and university classes; the NFB compilation program, Two By Lipsett, includes footage of a spirited discussion among a group of high school students, circa mid–1960s, who have just watched some Lipsett films. While a student at UCLA`s film school around the same time, no less a cultural figure than future Star Wars creator George Lucas saw 21–87 “20 or 30 times” and declared that it was the kind of film he hoped to make (someday, someone will have to study just how that influence ended up in Lucas’s work). It seems a tragedy that Arthur Lipsett was not given the continued support of the NFB to pursue his vision; still more tragic that it took his suicide to provoke recognition of his contribution to our national cinema. As the aforementioned Peter Chapman noted, as an editor Lipsett probably influenced the NFB output in subliminal ways, thereby influencing all of world cinema. We can only look at Lipsett’s oeuvre in fascination, appreciate his genius, and wonder what might have been.

This article was originally published in Take One Magazine, issue No.24. Northernstars.ca acquired the archives of Take One in 2007.