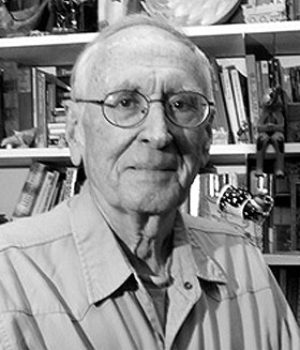 The things you do in your formative years often stay with you for the rest of your life. Born in England on August 6, 1924, Canadian producer-writer-cinematographer-director Terence Macartney-Filgate is a perfect example. The product of an army family, he spent his earliest years growing up in India before returning to England in 1933. Only 15 years old at the outbreak of World War Two, Macartney-Filgate ultimately joined the Royal Air Force and became a flight engineer, making more than a dozen sorties over Europe toward the end of the war. This experience would propel him into film, where he would make many documentaries involving flight, and later in life he would remain active with gliders at a small field west of Toronto. Following the war he went to Oxford University and obtained a degree in politics, philosophy and economics.

Jobs were scarce and rationing made life less than ideal in postwar England. Macartney-Filgate had had a succession of jobs, but no real career was in sight. He had become an admirer of documentary films after he first saw the 1936 film Night Mail, which was narrated by John Grierson and used a poem by W.H. Auden in its closing sequence. Grierson was hired by the Canadian government in 1938 to study Canada’s film industry, such as it was, and a year later, in 1939, the National Film Commission was created. It later became the National Film Board of Canada (NFB). Macartney-Filgate applied for a job at the NFB and was hired in 1954. The technical knowledge picked up while in the RAF served him well, and he wrote commentary for sponsored films at the NFB from 1954 to 1957, occasionally directing as well. He began to associate with a group of filmmakers – Wolf Koenig, Roman Kroitor, William Greaves, Stanley Jackson, John Spotton – attached to Unit B, which was considered the most creative of the many units that made up the NFB’s early production structure.

While at Unit B, he worked extensively as a director and cinematographer on the groundbreaking Candid Eye series of film portraits of Canadian life. Generally considered to be the launching pad of cinema vérité in Canada, pioneers of the form, NFB filmmakers Michel Brault and Pierre Perrault, never used the term to describe their work. They found it too pretentious (its source was the French film school and roughly translates as ‘film truth’). Brault preferred the term cinéma direct, or direct-cinema as it became known in English Canada and the US. The NFB was able to sell a series of 14 30-minute shorts to the CBC, and Candid Eye (1958–61) was broadcast. Executive producer Tom Daly oversaw the filmmakers, and the direct-cinema films were shot on location using new lightweight equipment with an emphasis on ordinary daily events.

Due to philosophical differences, Macartney-Filgate left the NFB in 1960 to work independently in the US, where he joined Robert Drew Associates, whose associates included pioneering documentary filmmakers Richard Leacock, D.A. Pennebaker and Albert Maysles. In 1960, this group produced for Time-Life Broadcast 3 films: Yanqui, No!, Eddie (On the Pole) and Primary. In particular, Primary, a seminal documentary about the 1960 Wisconsin Democratic presidential primary campaign between senators John F. Kennedy and Hubert H. Humphrey, defined the American direct-cinema style. He won a Peabody Award (the Institutional Award for Television Education) for his 1964 documentary, Changing World: South African Essay.

Macartney-Filgate completed the Oscar-winning documentary Robert Frost: A Lover’s Quarrel with the World (1963) for producer Robert Hughes after the original director Shirley Clarke bowed out, but her later claims of being sole director resulted in Macartney-Filgate’s work on the film not being credited. He returned to the NFB briefly to work on the Lewis Mumford on the City series (1963). Mumford was a leading American theorist on the growth of cities, and a bestselling author of The City in History (1961). Macartney-Filgate co-directed 4 of the 6 films. In New York City, he worked with African-American filmmaker William Greaves (who had previously worked on the Candid Eye series) and made a number of films for television on writers such as Harold Pinter, Valdimir Nabokov, Marshall McLuhan and Henry David Thoreau, before moving on to freelancing for the CBC and NFB back in Canada.

For the NFB he made The Hottest Show on Earth (1977), a live-action/animated short that he directed with Wolf Koenig and Derek Lamb (it won a Canadian Film Award for short documentary). For the CBC he directed a number of major documentaries and docudramas, including Lucy Maud Montgomery: The Road to Green Gables (1975). Grenfell of Labrador: The Great Adventure (1977) and Fields of Endless Day (1978). Perhaps his 2 most accomplished films made during this period were for the CBC: Dieppe 1942 (1979), which was co-written by the author Timothy Findley and nominated for 7 Genie Awards, and Timothy Findley: Anatomy of a Writer (1992), which won the Donald Brittain Award for best social/political documentary program at the 1993 Gemini Awards. Macartney-Filgate also received an Ontario Film Institute Award in 1981.

In 1995 he directed Canada Remembers, a 3-part series about Canada’s involvement in the Second World War for the NFB, and in 2007 he completed Raising Valhalla, a television documentary about the opening of a new stage exclusively designed for opera at the Four Seasons Centre for Performing Arts in downtown Toronto, and its staging of Wagner’s complete Ring Cycle.

A quick scan across his credits shows his early days in the RAF led directly to a number of documentaries involving the Royal Canadian Air Force, including the very first film he directed about the T-33 jet trainer. Even in retirement, Terry Filgate, as he was known, retained his love of flight. He used to instruct would-be glider pilots at the SOSA field southwest of Toronto and had in the past served as one of the tow plane pilots.

In May of 2011, Macartney-Filgate was given Hot Docs’ outstanding achievement award, which included a retrospective of his work, from which they had many to choose. In a career spanning more than 50 years, he directed, written, produced or photographed more than 100 films. Terence Macartney-Filgate was a month shy of his 98th birthday when he died in Toronto in July 2022.

This biography was originally published in 2011 and updated in July 2022 and is copyright © 2022 by Northernstars.ca. For more information about copyright, click here.