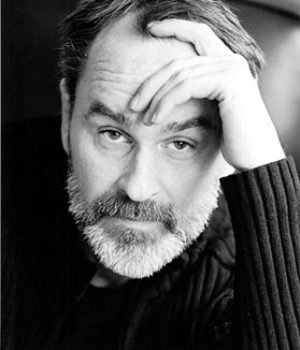 (October 21, 2007 – Toronto, ON) Though he is known primarily for his work in theatre, Daniel MacIvor is also a major force in the Canadian film industry. He has won accolades for his acting, writing, producing and directing and is considered one of Canada’s true “creative geniuses”.

He was born in Sydney, Nova Scotia, on July 23, 1962, and studied theatre at Dalhousie University in Halifax and then at George Brown College in Toronto. In 1986, he co-founded a touring theatre company called “da da kamera”, and continues to serve as its Artistic Director to this day. During the last 15 years, he has written and performed in dozens of plays, most of them solo works. His plays have been nominated six times for the Chalmers New Canadian Play Award and have won numerous Fringe Festival awards – nationally and internationally.

However, Daniel MacIvor’s life hasn’t been all about theatre. He is also an acclaimed actor. His acting career began in 1986, when he appeared on an episode of the hit Canadian series Street Legal. The next year he appeared in his first feature, Night Friend (1987). His next non-theatrical role would be in the true story Justice Denied (1989) about a wrongly imprisoned man.

In 1991, MacIvor`s play House won the Chalmers award and he appeared in the Laurie Lynd short film RSVP, as a man mourning the death of his lover. RSVP was his first collaboration with Laurie Lynd and they would go on to work together twice more. In 1992, Lynd directed him again in the short The Fairy Who Didn’t Want to Be a Fairy, a musical fairytale, about a fairy who grows disenchanted with his lot in life, and decides to have his wings surgically amputated. The Fairy Who Didn’t Want to Be a Fairy won the Special Jury Citation for Best Canadian Short Film at the 1992 Toronto International Film Festival and won the 1993 Genie for Best Live Action Short Drama.

MacIvor also appeared on an episode of the TV series Forever Knight in 1992 and costarred in the feature I Love A Man in Uniform (1993), which was nominated for six Genie Awards that year.

With both his film and theatre careers gaining momentum, MacIvor appeared in three films in 1994: Sky Gilbert’s My Addiction, the AIDS drama The Last Supper, and Jeremy Podeswa’s Eclipse. The following year, he wrote, directed and starred in the short Wake Up, Jerk Off, which followed an urban gay man through a single day and was critically acclaimed worldwide.

In 1996, MacIvor reteamed with Laurie Lynd to adapt his award-winning, one-man play House into a feature film. He took the role of Victor, as he had onstage, and his performance was critically praised.

MacIvor continued to appear in off-beat, gay-themed features, including Bubbles Galore (1996), Sky Gilbert’s My Summer Vacation (1996), and John Greyson’s Uncut (1996). That year he also wrote and directed his second film, a short called Permission, about a father whose seven-year-old son asks him for a doll.

Up until 1998, he was known primarily in the Toronto film and theatre scenes as a talented writer and actor. But the CBC-TV series Twitch City would change that. He was cast in a hilarious recurring role as Nathan, the high-strung roommate of Don McKellar’s agoraphobic TV addict. Twitch City and Nathan brought national (and some international) exposure and acclaim for his Hannibal Lector-like fastidious malevolence.

That same year, MacIvor wrote, directed and starred in his third film, a short called Until I Hear From You (1998) which dealt with a man who after a horrifying act of betrayal, videotapes himself asking his boyfriend for forgiveness. He also acted as story editor on friend and former roommate, Wiedke von Carolsfeld`s short From Morning On I Waited Yesterday (1998). 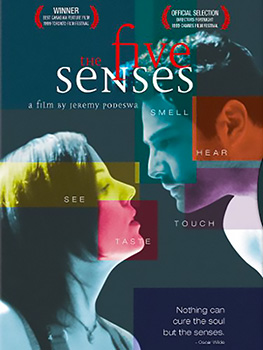 In 1999, MacIvor appeared as photographer Bob Mizer in Thom Fitzgerald’sfilm Beefcake which looks at the world of 1950s men’s muscle magazines, which were being passed off as such, due to the intense homeophobia of the time. Also in ’99, MacIvor again teamed with Jeremy Podeswa for the critically acclaimed drama The Five Senses (1999). Costarring Molly Parker, Mary-Louise Parker, and Gabrielle Rose, among others, MacIvor, also acted as story editor. The film was nominated for 9 Genies, including one for MacIvor.

Nominated for a Governor General’s award, his play Marion Bridge, was made into a feature film directed by Wiebke von Carolsfeld. It brought together Rebecca Jenkins, Stacy Smith and his costar from Twitch City, Molly Parker. Marion Bridge tells the story of three sisters who face their past when their mother comes home to die. It won the Best Canadian First Feature Film at the Toronto International Film Festival in 2002.

That same year, he wrote, directed and starred in his first feature film Past Perfect. Costarring Rebecca Jenkins, Past Perfect tells the story of two people who meet and fall in love on a Vancouver-Halifax flight, and then shows them again two years later as their relationship seems to be breaking down. Past Perfect received good reviews and he was awarded the Best Actor award for this film at the Atlantic Film Festival.

His second feature film was 2004’s Wilby Wonderful, which he wrote, directed and acted in. Described as a dark comedy ensemble feature it is about “truth, transformation and the difficulty of finding a quiet place to kill yourself.”

In his other life, on stage, Daniel MacIvor was awarded an Obie for the New York production of his play In On It, and is working on His Greatness which is bound for Ontario’s Stratford Festival. According to his official website, he is also developing a screenplay called Remember Me. Which means, in short, that no matter if you’re a fan of his plays or his movies, you have something to look forward to from Daniel MacIvor.

This biography is Copyright © 2007 by Catherine Solmes and may not be reproduced without written permission. Click here for more information about copyright.