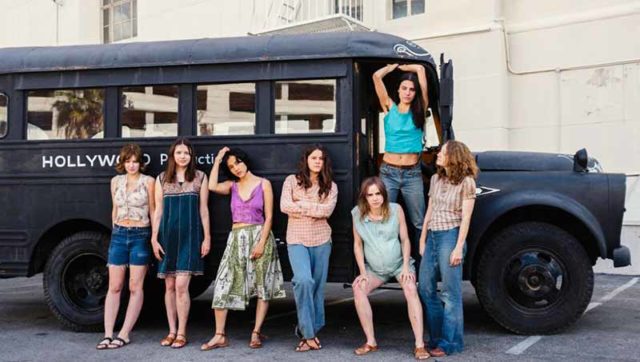 (August 3, 3018 – Toronto, ON) Next year will mark the 50th anniversary of the night Charles Manson directed Tex Watson to take Susan Atkins, Linda Kasabian, and Patricia Krenwinkel to the former home of Terrence Paul Melcher on Cielo Drive in Los Angeles and kill everyone there. The home had been rented to Sharon Tate and director Roman Polanski, who was in Europe working on his next film. Tate, who was eight and a half months pregnant, was slain along with three friends who were visiting. An 18-year-old visitor was also killed as he was leaving the home.

Following her remarkable work on the Canadian mini-series Alias Grace, director Mary Harron has turned her cameras on the women in the Manson cult who committed the so-called Tate/La Bianca murders, flashing back from their home on Manson’s Spahn Ranch to their life sentence in prison. The film is titled Charlie Says and it will have its World Premiere at the 2018 Venice Film Festival.

Marianne Rendón plays Susan Atkins, India Ennenga plays Linda Kasabian and Sosie Bacon plays Patricia Krenwinkel. Matt Smith, who shot to fame in the UK when he was cast as the Eleventh Doctor in the BBC’s iconic science-fiction adventure series Doctor Who and who more recently played Prince Phillip on the TV series The Crown plays Manson. 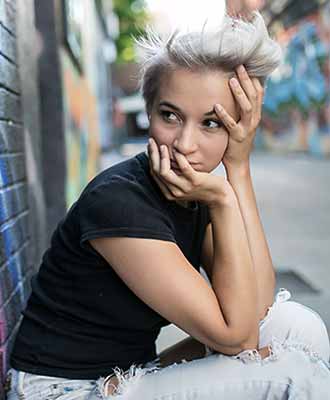 Toronto actress and singer-songwriter Dayle McLeod (pictured) has a supporting role playing Gypsy, Manson’s oldest cult member who recruited new members including murderer Leslie Van Houten (played by Hannah Murray). But she has a second credit in the film as well.

McLeod met Harron while screen testing for a role on Alias Grace. While she didn’t land that role, Harron called her for Charlie Says.

“We met in a coffee shop in the Lower East Side in Manhattan to discuss the role and the film and we were totally geeking out on Guinevere Turner’s incredible script when Guinevere happened to be walking by and spotted us. She joined in and we had a great conversation about the film.”

While shooting the film, Dayle was inspired by the testimony of Patricia Krenwinkle describing the murder of actress Sharon Tate. Dayle wrote a song she called My Mother’s Body which she recorded on her iPhone and shared with Harron who decided to use it under the film credits.

Dayle McLeod, who will travel to Venice for the film’s screening, will release her sophomore album on August 30, 2018; an L.P called Friends, which is also the title of the first single and can be found on iTunes and Spotify.