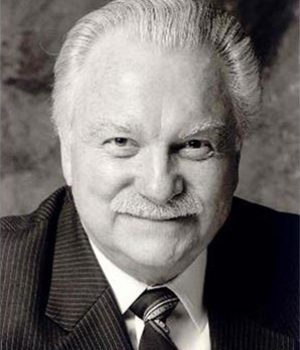 Walter Edward Hart Massey II was born into an eminent Canadian family in 1928 in Toronto, Ontario. A family that had, as its distinguished patriarchs, Walter’s cousin Vincent Massey (the first Canadian-born Governor General), cousin Raymond Massey who was making his first film, High Treason the year Walter Massey was born and last, but not least, his father, Denton Massey who was at one time or another a parliamentarian, entrepreneur and nationally acclaimed founder and leader of the York Bible Class who later would become a devout Reverend Canon of the Anglican Church. If that isn’t impressive enough, his great grandfather founded the world-renowned Massey-Harris Company. His grandfather not only ran that company, but also started the Borden’s Milk Company and Lever Bros. in Canada and his grandmother, Susan Denton Massey, equally successful in her own right, became one of the most respected financiers Canada produced in her time.

With that background it would have been safe to assume he would have gravitated toward a career in business. But while he was studying mechanical engineering at the Massachusetts Institute of Technology, Walter Massey fell into acting with roles at the Boston Tributary Theatre. He went on to study professional theatre in New York with Sanford Meisner and Harold Clurman and spent five years working on and off Broadway and with Joseph Papp`s New York Shakespeare Festival. He was part of the inaugural production of the festival performing in what may have been his most beloved role, playing Brutus in Julius Caesar.

Returning to Canada, Massey enjoyed great success with roles at the Stratford Shakespeare Festival, National Arts Centre, Manitoba Theatre Centre, Citadel Theatre, Fredericton Playhouse, Centaur Theatre, Saidye Bronfman/Segal Centre and the cherished Mountain Playhouse in Montreal, for which he also served as resident Director. In addition, he co-founded the Kings Theatre in Prince Edward Island and the Piggery Theatre in Quebec. He also joined a group of writers to start what is now the successful Playwright’s Workshop in Montreal, where he would make his home for the rest of his life.

Among his many memorable screen credits are his roles as Doc Stewart in the Canadian classic, Lassie; Tom Temple in the long-running courtroom TV series, Family Court, and the voice of Principal Haney in the Emmy Award winning children`s TV series, Arthur. In addition to his work in film and on television, he appeared in more than 70 plays in the U.S. and Canada during his long, distinguished career. His Canadian theatre credits include a production of Blood Relations at Montréal’s Centaur Theatre and Who’s Afraid of Virginia Woolf at the National Arts Centre in Ottawa.

A staunch supporter of performers’ rights, Massey helped institute and establish Canada`s current Canadian Actor`s Equity Association with the help of America`s Actors’ Equity Association. He would go on to serve on CAEA’s governing body, both locally and nationally, for over 34 years. He, likewise, aided in the establishment of the Montreal branch of the Alliance of Canadian Cinema, Television and Radio Artists (ACTRA). As a reward for his devotion and service to these organizations, Walter was honoured with Life Memberships from both unions, as well as the Larry McCance Award (CAEA) and the Montreal ACTRA Award of Excellence. A generous man, Walter Massey was the first to admit he had led a privileged life, doing what he loved to do and doing, may we add, what he did best.

Walter Massey died after a long illness two weeks before what would have been his 86th birthday.

This biography is Copyright © 2014 by Ralph Lucas and may not be reproduced without prior written permission. For more information about copyright, click here.