Multi-tasking “Renaissance Man” Don McKellar is one of the Canadian film industry’s secret weapons. It is his chameleon-like ability to switch between writing, acting and directing that once earned him the seventh spot on Shift magazine’s list of the 10 most important people in Canadian film. Arguably the most prolific of a creative group of friends who injected a new sense of humour and hipness into the Canadian film industry in the mid 1990s with films like The Five Senses, When Night Is Falling, Hard Core Logo, Kissed, Last Night and the series Twitch City.

McKellar`s career began in theatre. Born on August 17 1963, his interest in the arts was evident all through his school years in Toronto. After very nearly completing a B.A. in English at the University of Toronto (he was four credits shy of graduation), he co-founded both a touring company known as Child`s Play Theatre and the Augusta Theatre Company. Working with these companies, he was involved in several inventive productions and critically acclaimed Fringe Festival favourites.

It was in 1988 that he first met a young film director named Bruce McDonald who was looking for a writer for his first feature film, titled Highway 61. Initially McDonald offered McKellar $100 to write a script and handed him a folder full of ideas 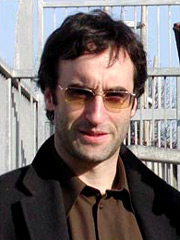 which he wanted put together into some kind of cohesive narrative. But McKellar had his own ideas, and took the chance of writing a script without using Bruce`s folder. Luckily, McDonald was very impressed with the finished product, and gave him the chance to write the script for another of his films. The creative partnership that the two men formed would result in a number of critically acclaimed, award-winning and popular films.

While McKellar was working on the script for Highway 61, McDonald was trying to make a documentary about a rock band on tour in Northern Ontario. The band was proving to be uncooperative subjects, and so he eventually scrapped the documentary idea and the project evolved into Roadkill, the first of his “rock n’ road films”. As well as writing the script, McKellar looked after continuity and also appeared in the film as Russell, a wannabe serial killer. Roadkill went on to win Best Canadian Feature Film at the 1989 Toronto International Film Festival, and McKellar was nominated for two Genie Awards in the categories of Best Supporting Actor and Best Screenplay.

After the success of his performance in Roadkill, McKellar appeared in Atom Egoyan`s The Adjuster, as a young film censor, and then was able to convince McDonald to cast him as the lead in Highway 61. As Pokey Jones, a small-town musician/barber from Northern Ontario who is persuaded to chauffeur a mysterious woman and her dead brother to 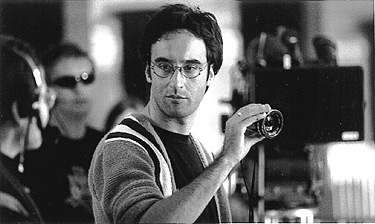 New Orleans, he gave a charming and natural performance, earning another Genie nomination, this time for Best Actor.

In 1992 McKellar enrolled in the directing program at the Canadian Film Centre, and while a student there, made the short film Blue, which starred David Cronenberg, and garnered critical acclaim, as well as winning the award for Best Canadian Short Film at the 1992 Toronto International Film Festival.

His next project took him away from McDonald`s wild rock-and-roll road trips and into the strange and beautiful world of pianist Glenn Gould. Niv Fichman of Rhombus Media approached him to co-write a biopic on the eccentric genius with director François Girard. The resulting film, 32 Short Films about Glenn Gould, was a critical success and won four Genie Awards, including Best Picture. McKellar was nominated for the second time for Best Screenplay along with Francois and also appeared in the film in a small role. 32 Short Films about Glenn Gould was even parodied on The Simpsons – a sure sign of its success.

Girard and McKellar would collaborate again in 1998 on The Red Violin, which won multiple awards, including an Academy Award for Best Musical Score, and the Best Screenplay Genie for McKellar and Girard.

During this time, McKellar continued to act in acclaimed films such as Camilla, When Night Is Falling, Arrowhead and Exotica continued to build his reputation as an actor. His role as Thomas, the quiet pet store owner in Atom Egoyan`s lush and moody masterpiece Exotica, won him his first Genie for Best Actor in 1994.

In 1994 he was approached by the then-head of the CBC, Ivan Fecan, who suggested that he should write something for television. McKellar agreed and four years later, six episodes of the quirky series Twitch City aired. He starred as Curtis, a neurotic couch potato and the new “King of Kensington.” Twitch City, set in Toronto`s diverse bohemian neighbourhood was funny, shocking and completely original. McKellar enlisted the help of his friends, including director Bruce McDonald, co-stars Daniel MacIvor, Molly Parker and Callum Keith Rennie and former Kids in the Hall, Mark McKinney and Bruce McCulloch, who made cameo appearances. Twitch City generated so much interest and support that it returned with seven new episodes in early 2000.

The same year that Twitch City aired, McKellar`s feature-length directorial debut, Last Night was released. The French firm Haut et Court invited him and a number of other filmmakers around the world to make films about the world coming to an end at the turn of the millennium. Wanting to create something that would be relevant beyond New Year`s Eve 2000, McKellar decided to centre his film around the end of the world rather than the end of the millennium. Last Night, which he also stars in, deals with the end of the world on a small scale. There are no action heroes trying to save the world, no aliens and no huge explosions; it simply asks “What would you do if the world was ending tonight?” For his first feature 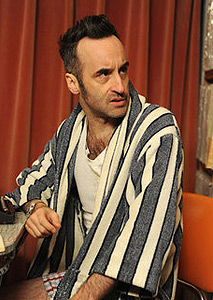 McKellar was awarded the Prix de la Jeunesse at Cannes and the Genie`s Claude Jutra Award. Variety magazine proclaimed him “one-to-watch” on the international scene.

The 1998 Toronto International Film Festival featured six films that McKellar was involved in, as an actor, director or writer. In 2005 he released his second feature film, Childstar, which didn’t perform well at the box office, but he bounced back in 2006 when he received a Tony Award for co-writing the theatrical hit The Drowsy Chaperone.

In late April of 2008 it was announced that Brazilian filmmaker Fernando Meirelles’ movie, Blindness, would open the Cannes Film Festival. McKellar not only had a role in the film, but had written the screenplay which is based on the 1995 Nobel Prize-winning novel byPortuguese writer Jose Saramago.

Don McKellar chooses to live a low-key existence. He still resides in Toronto and includes David Cronenberg, Atom Egoyan and Bruce McDonald among his friends. In fact he wrote the screenplay for McDonald`s This Movie is Broken, and appeared in his film Trigger, both completed in 2010. On a personal note, after being companions for years, McKellar and Tracy Wright married in January of 2010. Wright died shortly after finishing her work in Trigger. The previous year they had traveled together to India when McKellar was costarring in the Dilip Mehta comedy, Cooking with Stella.

Looking back at his career, Don McKellar will tell you that he thinks all the attention he has been receiving all these years is pretty hilarious, kind of embarrassing, but sort of cool, which is just the kind of reaction you’d expect from a true Canadian “Renaissance Man.”

This biography is Copyright © 2010 by Catherine Solmes and may not be reproduced without prior written permission. For more information about copyright, click here.