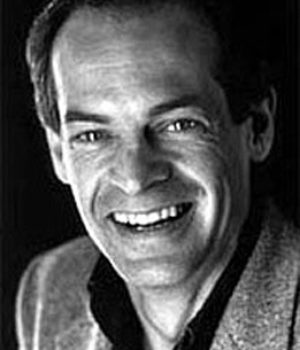 Born in Toronto, Ontario, on July 29 1955, Miles McNamara received much of his early training and exposure in the industry from two prominent Canadians: his parents – the late Ed McNamara and his mother, Melissa “Peg” Dixon.

McNamara began his professional career at the ripe old age of nine years old, acting in numerous teleplays for CBC, CTV and the National Film Board. In addition, he was seen on more than 45 national commercials. With special training from his mother (one of Canada’s most well known radio and voice-over artists), McNamara dubbed foreign films and television shows from all over the world into English. He soon was creating multiple characters on cartoons and numerous radio dramas for producers John Reeves, Clark Deprato and Esse Ljungh, etc.

At only 11 years old, he was lead singer and keyboardist of his own group called, what else, McNamara’s Band, which toured Ontario, playing Toronto radio stations and national television shows such as CBC’s Good Company.

His first stage role came in 1971 as Jacob, the lead in W.O. Mitchell’s The Devil’s Instrument. The reviewer for the Ottawa Citizen wrote “[it is the] best performance by a young actor that I’ve seen in 16 years of reviewing.” McNamara went right on to perform in Fortune and Men’s Eyes, the North American premiere of Da, and many others, including a tour of the award-winning rock musical Cyclone Jack, which inspired the M & M fan club.

Throughout 11 successful years of starring roles, Miles McNamara assisted his father in writing, directing and producing films for CBC, CTV and industrial clients like Volkswagen Canada and Christie’s biscuits. His late father was the first recipient of the Canadian Academy of Television and Cinema’s lifetime achievement (Earle Grey Award) in 1986. In the following years, this same accolade has been awarded to Lorne Green, Peter Ustinov, Christopher Plummer and Colleen Dewhurst.

At 20 years old, McNamara acquired dual U.S./Canadian citizenship and with much nudging from his peers, set out for Hollywood. Between selling vitamins, driving Rolls Royces across country, and of course, waiting tables, he continued acting studies with Charles Conrad, David Lehman, Anita Jesse and the Mastery Workshop founder Dan Fauci.

He started his acting career all over again, from scratch, guesting on many television shows like The Incredible Hulk, Scarecrow and Mrs. King, Blacke`s Magic and Twenty Shades of Pink with Eli Wallach. Among his long list of credits are a year on ABC`s General Hospital (Johnny) and the role of young Prof. Longstreet in the feature The Philadelphia Experiment. His experience with multiple voices were tapped in The Final Countdown, The Blues Brothers and television shows like The Hardy Boys, etc.

He also ran the first Macintosh consulting company in Los Angeles “MacAdvisor,” servicing clients such as (John) Hughes Entertainment, Miracle Mile director Steven De Jarnett and prestigious firms like Berger, Kahn, Shafton and Moss. Computers being at the root of film and television expansion, he`s always been proficient and abreast of any technical advancements that may affect the filmmaking process. This experience put him behind the camera, and he quickly began to excel in all areas.

He’s worked in all phases of film and video, everything from pushing dollies to producing. As a first assistant director (nicknamed “The Mosquito”), he’s staged thousands of extras on numerous commercial shoots, episodes of TV series, music videos, corporate and industrial videos and the highest-grossing feature in Mexican film history, La Ilegal. In 1984, he joined the Directors Guild of America.

McNamara returned to Canada in late 1988 to be near his family in Vancouver, British Columbia, where he continues to live and work. He is known as the right person to see for budgeting and creating development packages. Working freelance has allowed him to expand a number of treatments into screenplays.

His company, Puccini Films, with the trademark “Excellence or Nothing,” utilizes his years of diverse experience producing, directing, editing, writing, acting and narrating. His enthusiasm to share his vast knowledge has him regularly doing speaking engagements and weekend training sessions. As he says, “Any type of direction without great performances is a waste; therefore, understanding actors, is critical.”

This biography is Copyright © 2005 and may not be reproduced without prior written permission. For more information about copyright, click here.