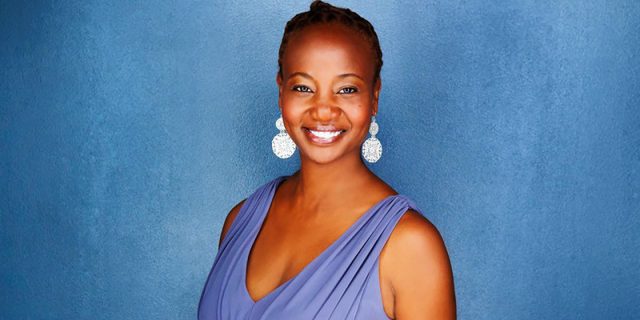 (February 16, 2021 – Toronto, ON) Melanie Nicholls-King is a stage, film and television actor who started life in London, England. Next stop was Trinidad where both her parents had been born and then five years later it was moving day again, this time landing in Canada. It has been reported that her parents hoped she would pursue a career in medicine, but she enrolled at Vancouver’s Playhouse Acting School.

She began her career on stage and in the early 1990s formed a production company, Sugar’n’Spice, with director Maxine Bailey and actor Sharon Lewis. Their first production, Sistahs, brought Nicholls-King a nomination for a DORA award in the best female performance category. She followed this with a leading role in Clement Virgo’s, Rude which at the time was the first feature film written, directed and produced by African-Canadians and went on to win the Best Canadian Feature Film – Special Jury Citation at The Toronto Film Festival.

Other notable credits include playing the role of Cheryl in the groundbreaking, edgy, critically acclaimed HBO drama series The Wire, ABC’s Cupid, Showtime’s Deacons for Defense, all three of the Law & Order franchises, Disney’s The Famous Jett Jackson and the independent film, How She Move, which had its premiere at the 2007 Sundance Film Festival. She is probably best known in Canada for her role as Noelle Williams for five seasons of the hit cop series Rookie Blue. Shot in Toronto it became a highly successful international export including becoming a hit south of the border on ABC.

On stage, Melanie Nicholls-King was nominated for an award from the Audience Development Committee (AUDELCO) for her roles in Cassandra Medley’s Relativity and Noon Day Sun. She also appeared in Medley’s Cell. Working both sides of the border, recent credits include a couple of episodes of Diggstown in 2020 and back in the USA, a role in the feature Mooch scheduled for release in late 2021.

This biography is Copyright © 2021 by Northernstars.ca. It may not be reproduced without prior written permission. Click here for more about copyright.