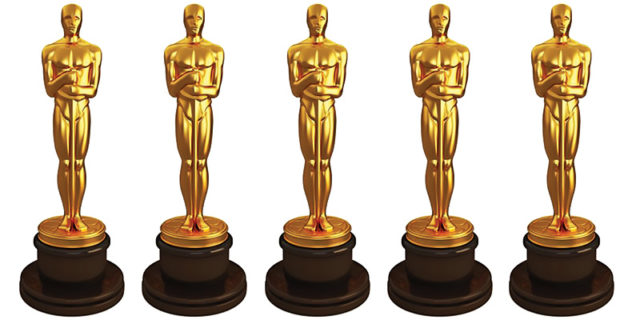 Memories of Oscar
by Jim Slotek

(February 27, 2018 – Toronto, ON) Canada’s arms-length relationship with America’s Academy of Motion Picture Arts & Sciences never seemed stranger to me than the night I gathered with friends to see one of our own hold an Oscar in front of hundreds of millions.

The NFB’s Chris Landreth had previously been nominated for best animated short film Oscar in 1995 for a short called the end. (He told me highlights of the night included “sharing a smoke” with Laurence Fishburne and peeing in a urinal next to Lou Gossett Jr.). In 2005, he was nominated again in the same category and won. His winning film was called Ryan. Made with the help of Seneca College animation students, it was his imaginative and achingly personal snapshot of Ryan Larkin, an NFB filmmaker of a generation earlier who’d also been nominated for an Oscar before ending up a street person.

So far so meta.

A group of Chris’s mates from the Toronto School of Art drawing class went to a downscale bar in the city’s Parkdale district, dressed in black tie. We persuaded them to allow one TV to not show whatever game was on that night. And when Chris won, he gave a shout out to “the lovely guys” at the Miracle Tavern. The Oscars actually spoke to us. (The next week, Chris showed up with the actual trophy, which none of the grizzled regulars believed was real. It’s surprisingly heavy, easily hefty enough to be used as a weapon.)

What has become commonplace about the Oscars is that at least one major film every year has a Canadian pedigree. They may not be, strictly speaking, Canadian films in the Telefilm sense. But they represent the work of countless Canadian film crew and actors. Inception. Room. The Revenant. The Shape of Water.

But once upon a time, it seemed unlikely a Hollywood picture shot in Canada would ever get a sniff of awards consideration. Canada was, after all, where productions came to be made on the cheap. There was the exchange on the Loonie, and there were tax breaks.

So, an ill-fated sequel to The Blues Brothers? Yep. A foolishly-conceived big-budget film, The Long Kiss Goodnight, that was an attempt by director Renny Harlin to turn his then wife Geena Davis into an action star? Have we got locations for you! Slasher horror? That’s our specialty.

But it was Rob Marshall’s 2002 movie musical Chicago – with Richard Gere, Renee Zellweger, Catherine Zeta Jones and Queen Latifah – that made being a Canadian film worker something more than a job you washed off your hands every day.

Many of the movie’s 13 Oscar nominations were for technical awards, which meant that Toronto production crew, who were used to toiling in virtual anonymity, were suddenly called upon to dust off their tuxes and head to Los Angeles.

And some of them actually won. Oscar winners included Art Direction/Set Direction nominee Gordon Sim and veteran soundman David Lee, both of whom I fortuitously interviewed a week before the event.

The colourful and curmudgeonly Glasgow-born Lee, who is since deceased, was both a technophile and a poet about sound. He recalled that while working on a CBC documentary about the Biafran famine in the ‘60s, he recorded the literal last breath of a dying man.

Lee had a favourite soundman’s anecdote about John Huston shooting The African Queen and fishing near the shoot as Katharine Hepburn filmed a scene. An exasperated Hepburn supposedly declared, “John, I insist that you watch me act!” To which Huston replied, “Sounds fine, honey, sounds fine!”

Set decorator Sim was quick to admit Chicago was a cut above the kind of stuff he’d gotten used to. He’d previously worked on Sylvester Stallone’s race car film Driven. “Part of our job is doing things we don’t know anything 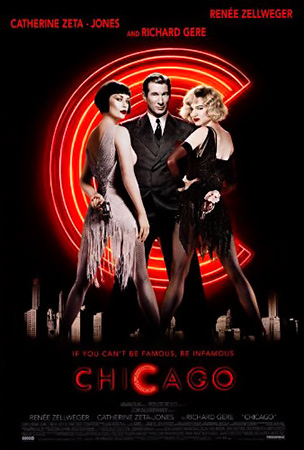 about,” he told me. “What did I know about race cars? I learned how to build a (racing) pit. From that point of view, it was an interesting movie. Otherwise, it was a dog.”

Sim’s piece de resistance on Chicago was the opulent theatre that played a role in all of Roxie Hart’s fantasies of stage stardom (ultimately the most used set in the movie). A 90-foot-high set, built in an abandoned foundry in the northwest corner of the city, it had a façade front and real fly galleries that could raise and lower scenery.

More than most of the crew, Sim knew the deep resonance that Chicago held for theatre fans, and the potential it had as an award winning movie. He’d seen the original production on Broadway with Chita Rivera as Velma Kelly. And he recalled that when American production designer John Myhre called him to collaborate, “I thought, ‘Should I sing three or four songs for him?’”