Home News The Met Live in HD at Cineplex 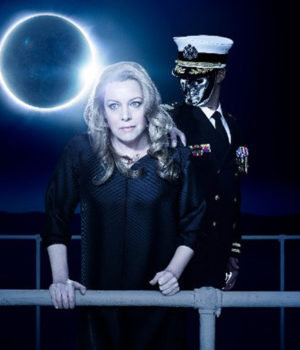 (July 13, 2016 – Toronto, ON) Lovers of opera know that The Met means the prestigious New York Metropolitan Opera and that means a level of performance almost unmatched within that special world. Again this year, Cineplex Events will bring Canadians The Met Live in HD for its 11th season. Why are we writing about opera on Northernstars? Because one of the productions on this year’s schedule is the first-ever broadcasts of Canadian Robert LePage’s production of Kaija Saariaho’s 2000 opera L’Amour de Loin. But we’re getting ahead of ourselves.

Launched by the Metropolitan Opera in December 2006, the series of performances are transmitted live in high-definition to movie theatres in more than 70 countries and on over 2,000 screens, including 110 Cineplex theatres in communities large and small across Canada.

“As we continue to search for exclusive events for Canadian moviegoers, this series remains a cornerstone to our Event Cinema offerings,” said Brad LaDouceur, Vice President, Event Cinema, Cineplex Entertainment. “We know the fans will love the pure breadth of talent, premieres and groundbreaking performances offered for the 11th Season of The Met: Live in HD.”

The new season of The Met: Live in HD begins on October 8, 2016. All 10 operas will be Saturday matinee performances, transmitted live from the Met stage, and encore performances are scheduled throughout the season. This season’s full line-up of live performances is as follows:

In detail, the season begins with the 100th transmission in the series’ history of a new production of Wagner’s Tristan and Isolde, conducted by Sir Simon Rattle, directed by Mariusz Treliński, and starring Nina Stemme—the world’s preeminent Isolde.

In addition to these new productions, audiences will see the Met’s new stagings of Gounod’s Roméo et Juliette, starring Diana Damrau and Vittorio Grigolo; Dvořák’s Rusalka, with Kristine Opolais in her first Met performances of her international breakthrough role; and Strauss’s Der Rosenkavalier, with Renée Fleming as the Marschallin and Elīna Garanča as Octavian.

The season will also feature revivals of Mozart’s Don Giovanni, with Simon Keenlyside in his first Met performances of the rakish title character; Verdi’s La Traviata, with Sonya Yoncheva as the doomed Violetta; and Tchaikovsky’s Eugene Onegin, with Anna Netrebko repeating one of her great triumphs of recent seasons opposite Dmitri Hvorostovsky’s Onegin.

Matt Gallagher: How To Prepare For Prison