Home Directors Paradox and Wonder: The Cinema of Peter Mettler 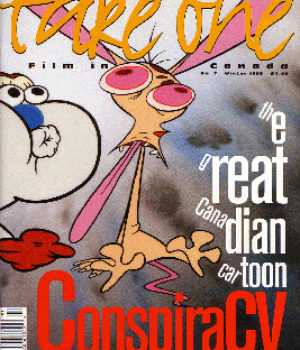 Paradox and Wonder: The Cinema of Peter Mettler
By Tom McSorley


“What my eyes beheld was simultaneous, but what I shall write down will be successive because language is successive.” – Jorge Luis Borges, The Aleph

“An image conjures experiences, feelings, and thoughts that are  often more powerful and reach deeper into the unconscious than those of words.” – Peter Mettler

Out of the simple beguiling paradox that language cannot express the inexpressible, Toronto–based filmmaker Peter Mettler has fashioned a daringly original and decidedly paradoxical cinematic career. Like Jorge Luis Borges, who admits he can only approximate infinities of time and space, Mettler uses the cinematic language of the images in succession to suggest what cannot be captured on film. In Mettler’s films, images conjure much more than they represent. Adding to this anti–Grierson wold view—seeing isn’t always believing—Mettler’s ambivalence toward the technology of his chosen medium and his profound sense of wonder about the world, the paradoxes threaten to paralyze. Nevertheless, like Borges, Mettler knows that language, in whatever form, is all we have. Despite its limitations, it can be expanded to admit more possibilities, and the cinema of Peter Mettler is nothing if not expansive.

From his earliest films, especially the experimental first feature Scissere (1982), to more recent works like The Top of His Head (1989) and Tectonic Plates (1992), Mettler has always pushed cinematic boundaries, thematically and stylistically. Perhaps this is what makes his work so intense and exciting to some and, yet, so remote and inaccessible to others. However, with his masterful new film about the aurora borealis, Picture of Light, a breathtaking investigation of the powers and limits of film language, Mettler should assume his rightful, prominent place in contemporary Canadian cinema.

Indeed, when you look closely at the rich, recent history of Canadian film, you will discover just how important Mettler is. His name is ubiquitous. As a gifted cinematographer (he is without question one of the best cinematographers in Canada), he worked on the early shorts and features of Atom Egoyan, Bruce McDonald, Patricia Rozema, Jeremy Podeswa and many others. Like his contemporaries, Mettler emerged out of that unlikely renaissance of Canadian filmmaking in the early 1980s, when imagination and experimentation prevailed over budgets and conventional narratives in the immediate post–tax–shelter era. The possibilities of expanding cinematic language, moving beyond the empirical realist traditions of Canadian cinema, is something that he has pursued from Scissere to Picture of Light. Arguably more than any other filmmaker of his generation working outside experimental cinema, Mettler had refined that pursuit in a quiet, thoughtful way into an aesthetic code, an artistic raison d’être.

Born in Toronto in 1958 to Swiss parents, Mettler’s attraction to the creation of images came at a very early age. He recalls, “One of my most powerful memories from childhood is of a cigarette–length ash resting on a plant. That image remains with me today and I suppose, on some level, I recognized the power of images by this experience. It’s difficult to explain, but ever since I’ve always been attracted to images.” After doing what he terms “all the normal school stuff” (he was enrolled in and expelled from a private school in Toronto), Mettler pursued his interest in images by attending Toronto’s Ryerson Polytechnical Institute. He then spent a year in Switzerland as an observer in a heroin rehabilitation centre. Calling this his “first real–world education,” the experience also formed the raw material for his first feature, Scissere.

Although he did make two earlier half–hour films, Lancelot Freely (a documentary about a young Toronto degenerate) and Gregory (a film about a man haunted by his past), it is with Scissere that Mettler first demonstrated his considerable cinematic talents. The film is also his first successful confrontation with the paradox of using a visual medium to express the troubled interior of his central character. Given its scope, ambition and visual sophistication, it is easy to forget that Scissere is actually a student film. Dedicated to Bruno Scissère, a patient in the Swiss rehabilitation centre, the film is a visually striking study of psychological, spatial and temporal dislocation and alienation. It is the story of a young man who struggles to cope with a fragmented sense of himself and the “normal” world into which he has been released. Interweaving the narrative with a young mother searching for meaning and an entomologist whose rationalist diligence leads to the discovery of a new species of moth, Mettler adumbrates an underlying theme in all of his work: the search, as he puts it, for a “balance between intellect and intuition, order and chaos, action and perception.”

The search for balance is continued in more personal terms in Eastern Avenue (1985), a poetic, 58–minute perceptual road movie about intuition. Beginning in Berlin and ending in Portugal, the film presents a freely flowing series of impressionistic images; complex and allusive, the film wrestles with the difficulty of representing the processes of thought and response in visual and aural language. Moreover, in a formal sense, it embodies the very paradox with which Mettler’s cinema constantly dances: representing the unrepresentable.

Conceived as an “exploration of intuition,” and an attempt to reflect cinematically the “movements of the unconscious,” Eastern Avenue also served as Mettler’s preliminary visual notes for his next dramatic feature, The Top of His Head.

Three years in the making, The Top of His Head is Mettler’s attempt to integrate ideas of interiority and intuition into a more conventional narrative film. Sounding echoes of Andrei Tarkovsky, Stanley Kubrick and Canadian philosopher George Grant, The Top of His Head is a wryly observed tale about the dangers of inhabiting a world of rational, technological certitude. Focussing on satellite salesman Gus Victor (Stephen Ouimette) on the day he expects to close a deal that will secure a comfortable technocentric future, the film becomes a chronicle of its protagonist’s decidedly unexpected spiritual odyssey. When technology fails (his car breaks down), Gus plunged into an irrational netherworld of dreams and desire about his artist girlfriend (Christie MacFadyen), and about escape from his artificial lifestyle. As his conscious and unconscious worlds collapse into each other, Gus becomes a bewildered bundle of uncertainty, an unsteady amalgam of Buster Keaton and almost any Samuel Beckett character. Unlike many baffled Canadian protagonists before and after him, we sense that Gus just might be resourceful enough to find his balance.

As with Scissere, Mettler says that The Top of His Head is trying to show the audience what is happening in the protagonist’s inner life. By intercutting often startling dream imagery and using a variety of optical and sonic effects throughout the narrative he challenges the conventions of dramatic action and character development. In doing so, Mettler states that he hopes to “draw attention to the limits of language and cinematic traditions.”

Mettler’s approach to cinematic expression unsettles our expectations and encourages us, like Gus, to look at the world in new ways—the world which seems fixed is actually in flux; the familiar becomes strange; the strange becomes familiar.

It is appropriate that for his next film Mettler collaborated with Canadian theatrical innovator Robert Lepage on a film version of Lepage’s stunning production, Tectonic Plates. The play itself, never performed exactly the same way twice, expands traditional theatrical space and uses as its central metaphor the scientific discovery of plate tectonics. Continents long regarded as fixed are actually enormous floating rafts in constant motion. There is no terra firma, temporally, spatially, or culturally: in short, a tailor–made, multi–layered Mettlerian metaphor. Indeed, Mettler uses cinematic techniques (camera movement, discontinuous editing, optical effects) to suggest layers of ideas, images and historical eras with which Lepage shapes his play. More than a recorded performance, Tectonic Plates articulates cinematically the intersection of past and present, culture and nature, interior and exterior, representation and reality.

It is to this representation and reality that Mettler’s latest offering, Picture of Light, addresses itself. Throughout the film, Mettler asks directly: how do you speak the unspeakable, describe the indescribable, and more precisely, film the unfilmable? More than a film about the Northern Lights, Picture of Light is nothing less than a summation of Mettler’s philosophical approach to his paradoxical art. Appropriately, the genesis of the film is as remarkable as the film itself. Mettler met meteorologist and artist Andrea Zuest at a dinner in Switzerland. Their mutual interest in auroras and “the pursuit of wonder” led to Zuest agreeing to fund the film. Subsequently, Mettler, Zuest, and a small crew made two winter visits to Churchill, Manitoba, to film the aurora borealis with a special computer–designed camera.

On one level, Picture of Light is a quintessential Canadian portrait of a natural world in extremis—a community surviving in a harsh land; a living, breathing, good–natured defiance of the elements; a frigid reminder of the necessity and futility of technology. It is also an examination of an elusive, fluid subject from different points of view. Essentially, the film is an accumulation of representations, or pictures of the lights, whether in language, photographic or video images. Each picture is incomplete, approximate; each an explanation or limited interpretation. Yet, each is spellbinding. When the lights are revealed in spectacular fashion (shot at slow speed and optically printed to stretch time), we are reminded that we are not looking at the real thing. It does not matter. The trick of physics and the “lies” of the camera that have made the images possible create wonder and awe. The paradox is complete.

Beyond the information within its extraordinary frames, the film is an investigation of knowledge and representation worthy of Werner Herzog or Chris Marker. From its title onward, Picture of Light articulates the paradox of the extraordinary film unspooling before us. In a voice-over that at once affirms and questions its authoritative role in the documentary tradition, Mettler reminds us that his tools are inadequate and falsifying. We know he is right. We also know, as he does, that these pictures of light, these simulacra, do inspire wonder, do remind us that, for all our scientific marvels and technological advances, we remain unfinished and searching. In its meditative, marvelous simplicity, Picture of Light unmasks its frames, and demands that we look beyond them.

Already an award winner in Canada and Europe, Picture of Light should enlarge Mettler’s audience and garner him some long–overdue recognition. But that isn’t why he makes films. He regards filmmaking as “an endless process of discovery” and definitely “a spiritual path.” It is also, as Mettler states, “the best medium in which to delve into questions of balancing intellect and intuition, because cinema itself contains within it the many corruptions and wonders of the times.”

Indeed, trapped as the times are in a technocentric rationalism, and using the very tools of the times to make images which suggest what cannot be seen, the films of Peter Mettler reveal how these insoluble, inexhaustible paradoxes can become, in gifted hands, the wonder of cinema itself.

This article by Tom McSorley was originally published in Issue 7 (Winter, 1995) of Take One Magazine. It was republished in the special anniversary issue, Number 50. Northernstars acquired the archives of Take One in 2007. Tom McSorley is executive director of the Canadian Film Institute in Ottawa. Photo of Peter Mettler courtesy of Mongrel Media.