(March 23, 2019 – Toronto, ON) It’s been about a month since the news broke that Netflix would be making a huge investment to produce Canadian content in Canada. Yesterday we learned that award-winning director Monika Mitchell will begin production on a fantasy feature for the streaming service titled The Knight Before Christmas. When you think about it, it’s a title that has been waiting to be made.

Written by Cara Russell, the cast is led by American actress and singer Vanessa Hudgens (pictured), who also serves as one of the Executive Producers on the project. The 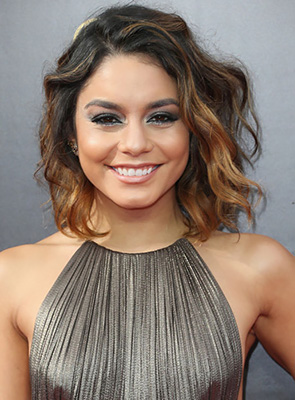 The Knight Before Christmas is about, what else…a medieval English knight who is magically transported to the present day where he falls for a high school science teacher who is disillusioned by love. It’s being produced by David Anselmo for the Motion Picture Corporation of America. Other Exec-Producers include Brad Krevoy, Amanda Phillips Atkins, Eric Jarboe, Jimmy Townsend and Lorenzo Nardini.

Netflix announced in mid-February they would be leasing four new sound stages, along with spaces for office and support work at Cinespace, totalling some 164,000 square feet, and at Pinewood, Netflix will lease four sound stages there with adjacent office space totalling 84,580 square feet.

No release date has been announced as production has yet to begin, but we do know cameras will roll for The Knight Before Christmas in April.