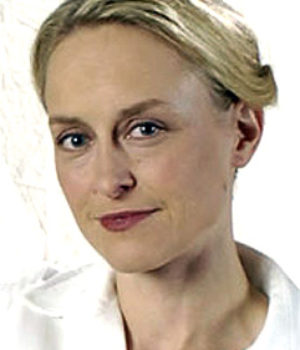 Stephanie Morgenstern is a bilingual actor and award-winning screenwriter and filmmaker. Born in Geneva, Switzerland and raised in Montreal, she began her career as a professional actor when she was 15. While working in French and English television, film, and theatre, Morgenstern got her BA in English from McGill University, and studied drama at the Banff Centre School of Fine Arts; she then moved to Toronto to pursue her MA in York University`s Graduate Programme in Social and Political Thought.

Widely seen in the role of Alison, Ian Holm’s airplane confidante in Atom Egoyan’s Oscar-nominated The Sweet Hereafter (1997), the cast was honoured with the Best Ensemble Performance Award by the National Board of Review of Motion Pictures in New York City, presented by Francis Ford Coppola. She is also familiar to many as Laura, the lead in the 1993 Genie Award-winning documentary Forbidden Love: The Unashamed Stories of Lesbian Lives.

Morgenstern costarred as Claire, a neurotic Norwegian grad student, in Maelström (2000), an independent feature that was shot in Québec and directed by Denis Villeneuve (Cosmos, Un 32 août aur terre). Produced by Roger Frappier, Maelström was selected to open the Perspective Canada program at the 2000 Toronto International Film Festival. In what turned out to be a busy spring for Morgenstern, she also shot another independent feature, Café Olé, playing a woman struggling with a brutal husband; had a recurring guest-star role as a multimedia headhunter in the Québécois thirtysomething series, La Vie, La Vie; and played Emily, the victim of a sinister conspiracy, in the pilot episode of Aaron Spelling`s horror/suspense series All Souls.

Other television work includes principal and guest lead roles in series and made-for-television movies of the week such as Wind at My Back, Our Guys, Dash and Lilly, Mind Games, Butterbox Babies, Forever Knight, Kung Fu: The Legend Continues, Partners in Love, Sweating Bullets, and Friday the 13th: The Series. Morgenstern appeared opposite Beau Bridges in A&E’s sprawling mini-series P. T. Barnum, playing his young British wife Nancy. She has provided the voice for many animated television characters – human, animal and otherwise – including “Sailor Venus” in the popular series Sailor Moon, and the devious ninja spy “Ayame” in the anime series Power Stone.

Meanwhile, on the film-festival circuit, Revoir Julie (aka Julie and Me) picked up numerous audience award prizes. It`s a lyrical two-hander by Québec filmmaker Jeanne Crépeau, in which Morgenstern plays Juliet, a woman seeking answers as she tracks down her childhood friend after a long separation.

On stage, she has played ingenues and leading ladies at the Stratford Festival (A Midsummer Night`s Dream, The Illusion), the Théâtre Français de Toronto (Le Malade imaginaire, L’École des femmes), the Globe Theatre (Romeo and Juliet, The Glass Menagerie) and the Grand Theatre (Goodnight Desdemona, Good Morning Juliet). She also created the role of Sara in Dave Carley’s Taking Liberties; and other roles of note include Laurel in River Lady by David Widdicombe, directed by Albert Schultz; and Fenichka in the Winter Garden production of Nothing Sacred, written and directed by George F. Walker.

In her other identity as a filmmaker, Morgenstern founded The Pool, a collective for filmmakers, actors and screenwriters; graduated from the Women in the Director`s Chair Master Class at the Banff Centre for the Arts; studied screenwriting under Charles Israel and is a partner and co-founder of Ewola Cinema alongside her brother, Mark Morgenstern. Their first film together was the critically acclaimed Curtains, nominated for a Genie Award for Best Short Film. It earned Stephanie Morgenstern the Golden Sheaf Award for Best Script at the Yorkton Film Festival, where she and her brother also jointly won the Norman Jewison Award for Best Direction. The film screened at over 25 festivals, including the Toronto Film Festival and others in Germany, Australia, France, the U.S. and in Belgium, where it won a Palme d’Or.

Morgenstern, while continuing to act, gained fame as the co-creator and co-producer behind the hit CTV series, Flashpoint, one of the most successful series ever produced in Canada. It wrapped its five year run in December of 2012. In addition to running in Canada, the series was picked up in the United States and was ultimately seen around the world through agreements with 250 international broadcast affiliates. It was given an inaugural Canadian Screen Award in 2013 as the Best Drama Series in Canada.

This biography is Copyright and may not be reproduced without prior written permission. For more information about copyright, click here.