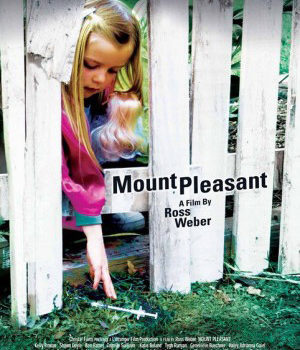 Doug and Sarah Cameron have just bought a well-lived-in house in the Mount Pleasant area of downtown Vancouver. Solid middle-class do-goers – she is a drug abuse counselor, and he joins the neighbourhood watch patrol – they are part of a effort to reclaim an area of town that used to be gentile, but since the 1970s has slipped into the vat of modern-day urban plagues: drugs, prostitution and thehomeless. The film opens with Doug freaking out because his four-year old daughter, Courtney, picks up a needle in their backyard. Further up town, in the leafy, moneyed section, Stephen and Anne live on a grand scale from his earnings as a real estate salesman, turning houses worth $4 million. They also have a daughter, Megan, who at 13 years old is in her awkward stage, and having fashion issues with her mother.

This sets in motion class warfare, Vancouver style. Unfortunately, in this war there are very few sparks, let alone explosions of restrained passion. Mount Pleasant is a dreary soap opera dressed-up like a movie. It starts off slow and builds like Crash, with overlapping storylines, but without its dramatic narrative and emotional curve. Doug 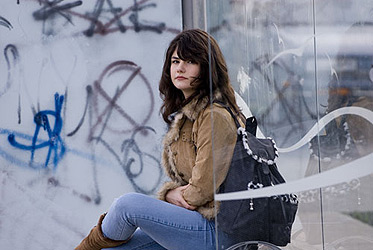 and Stephan`s problems in life are so inconsequential – and they both act like jerks toward their wives – that they remain unsympathetic characters throughout. It’s hard to have any concern about their outcome.

What dramatic tension there is comes from Nadia and Nick’s storyline. Nadia is well-drawn and played with some authenticity by Katie Boland (who will be seen in Sarah Polley’s Away from Here when it is released later this year). Her boyfriend, Nick (Tygh Runyan), is one seriously screwed-up junkie with delusions of travelling to Bangkok where he imagines they can live cheaply in druggie heaven. But Nadia is alone in life, and Nick is all she has. There is a heartbreaking scene with her middle-class sister, who turns down her pleas for help getting off drugs. The 22-year-old Boland looks every inch the scared little girl she is playing. It’s Nadia who suffers from the inconsiderate machinations of Doug and Stephen. She loses her one regular trick when Stephen`s extramarital blowjobs become public knowledge due to the vigilance of Doug, Nick overdoes and dies, and she is left alone to troll the streets in search of her next john and fix.

As if to fudge the downbeat ending, the film comes to its conclusion with a shot of Megan playing sax in a local band, with her cool friends, wearing the clothes she wants, and a half-smile on her face. A small sign of triumph and hope in an otherwise underdeveloped and underwritten movie.