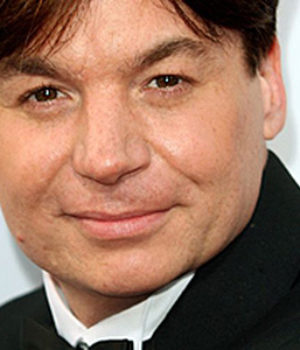 If anyone needed proof that Mike Myers remains true to his beginnings in the city of Toronto, that proof came loud and clear in the late spring of 2003. The city of his birth was under attack both from a deadly virus, and as a result of the outbreak, by the world`s media. The impact on Toronto was immediate and severe. Famous rock stars had their concerts cancelled due to insurance problems. Major league sports teams debated if they should travel to the city to play. Movies, both features and made-for-television productions fled to points east and west and once gone weren’t likely to come back soon. And late one night, Mike Myers appeared as a guest on NBC’s The Tonight Show and backed his city all the way. He even remembered to wear his Toronto Maple Leafs sweater. It’s hard to know if his support actually changed anyone`s mind or plans, but it did give the city a huge morale boost and was front page news in the papers the very next day. The nice thing was, it wasn’t a publicity stunt. Mike Myers doesn’t need publicity. He`s a legitimate star in his own right and he has a string of successful movies to prove it. It’s actually odd to watch him in such situations, sitting there in total command, yet still the nice everyday kind of guy who started out life in Scarborough, now part of Toronto, Ontario.

Mike Myers was born on May 25, 1963. He grew up in an average suburban neighbourhood with a bunch of average people as friends and family. He behaved, went to school, paid attention to his parents and would think of escaping all of this normalcy by becoming a actor. The key to his exit would be humour. The one thing that set Mike apart from a relatively early age was the fact that he was funny. Not just mildly amusing but authentically funny. He stayed in school as long as he could and did very well in English and History, his favourite subjects.

Myers wrote his final exams, delivered his last essays, and then almost as a whim decides to attend an audition he’d heard about at the Second City theatre in Toronto. Instead of going on to York University, he accepted a chance to join the famous comedy troupe and honed his talent in front of ever-growing and ever-appreciative audiences. Toronto provided and introduction to Second City in Chicago and that opportunity changes his life. While in Chicago he met his future wife, Robin, at a Blackhawks hockey game. Well, from his perspective it was really a Toronto Maple Leafs Game against the Blackhawks in Chicago.

Myers eventually moved on to New York and the show that houses most Second City alumnae, Saturday Night Live (SNL). From 1989-1994 he brought to life an assortment of odd characters, most notably, Wayne, a high school rocker who hosts a cable access show in his parent`s basement with his best friend. This led to Mike`s first shot at the big screen. Wayne`s World, in 1992, went on to be a highly successful feature film as the cry of the forgotten metal-head reverberated like feedback throughout North America. With a bona fide hit under his belt, Mike followed it up with its less successful sequel in 1993. A box office bomb, it only took in a third of the revenue of the original. Another flop was 1993`s So I Married an Axe Murderer, which became a cult hit in rental territory. Soon every kid from Scarborough to Burnaby was yelling in faux Scottish “Head! Move.” And a following was born.

With the decrease in quality programming coming out of its weekly series, SNL released a Best Of series of tapes that featured a variety of Myers’ work and was snapped up by consumers hungry for more. Following some advice from former SNL funny guy Bill Murray, he took some time off before the most successful of his films hit the screens. Austin Powers: International Man of Mystery came out 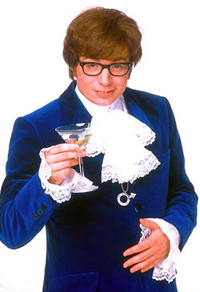 in 1997. Based on a Burt Bacarach song and some genre surfing, (he joined Matthew Sweet and Susannah Hoffs in a sixties revisited band called Ming Tea), Austin Powers brought political correctness to its knees and introduced a whole new generation to sixties slang, baby!

An independent Irish film called Pete’s Meteor (1998) came next. It received acclaim at an Irish film festival and is currently awaiting distribution. A dark comedy called McClintock`s Peach also made in 1998 and starring comics like Janeane Garofalo, Ben Stiller, Margaret Cho and Virginia Madsen is also hard to find because of distribution but has garnered positive reviews.

In 1998, Myers was offered a chance to get serious when he played the role of Steve Rubell the owner of the famed nightclub 54 in the Manhattan disco era. The film, 54, also featured fellow-Canadian, Neve Campbell. But fans had a difficult time seeing Myers as a dramatic actor and it wasn’t as successful as originally anticipated. Thatv same year, 1998 also saw Myers start production of the film It`s a Dog`s Life.

Following a string of not so hot films what comes next? As any true fan knows, we were treated to Austin Powers: The Spy Who Shagged Me. The sequel to the brit-spy film was eagerly anticipated in the summer of 1999. 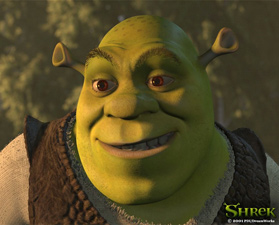 While garnering lukewarm reviews, it proved a strong opponent to the Star Wars sequel released almost at the same time. Myers went back to the well one more time when he brought Austin Powers back to life, along with Dr. Evil and Fat Bastard, in the 2002 film, Austin Powers in Goldmember.Then came Shrek. Myers lent his voice to the animated feature and it surprised everyone including industry experts when it went on to be a huge box office success, setting records in the aftermarket world of video and DVD sales and rentals. Shrek 2, went on to do the same and is one of the few sequels to do as well, or better, than the original. In fact, Shrek 2 was named Favorite Sequel by the Peoples`s Choice Awards in early 2005 as well as being chosen favorite Comedy Motion Picture and favorite Animated Motion Picture. If there was one dark spot in the start of the new decade, it was the very much anticipated Cat In the Hat in 2003. Although the kids loved it, most critics weren’t too thrilled with the movie. Shrek the Third opens in early 2007 and should propel Myers career forward once again. Although there are some critics who have been wondering when he will return to appearing in front of the cameras instead of in front of a microphone. In early May of 2007, Myers returned to his home town of Toronto to shoot the live-action film, The Love Guru, which wasn’t well received by fans or critics.

A true Canadian, Mike speaks frequently about his home country whenever he’s on a press tour. It appears Scarborough was more than just a place to live for the Myers family. It gave Mike plenty of fodder for his seemingly endless parade of merrymaking. In October 2002 the City of Toronto, of which Scarborough is now part, named a street for Mike Myers near his former home. Some fans suggested it should have been called Mike Myers Waaaay.

This biography is Copyright 2003 by Northernstars.ca and may not be reproduced without prior written permission. Click here for more information about copyright.