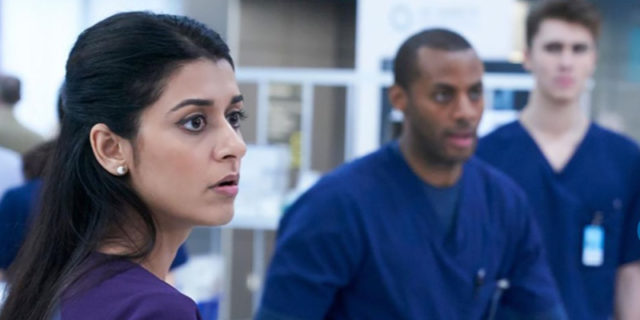 New and Renewed at Global
by Staff

(December 20, 2019 – Toronto, ON) Corus Entertainment has announced a series of new and renewed series for its suite of acclaimed Global Originals programs, growing its investment and maintaining its commitment to creating premium Canadian scripted content with global distribution.   From SEVEN24 Films and Lark Productions comes the Global Original series Family Law. The 10, 60-minute episodes will begin production in Vancouver this spring with casting and pre-production currently underway. Global has also proudly ordered second seasons, in advance of their broadcast premieres, of its upcoming 2020 drama Nurses, (10×60) from eOne and ICF, and Shaftesbury’s Departure (6×60).

“Corus is a powerhouse in fostering domestic talent to create internationally appealing scripted content for audiences in Canada and around the world,” said Lisa Godfrey, Vice President Original Content, Corus Entertainment. “Today’s announcement underscores our long-term commitment to producing scripted Canadian content with creators who reflect diversity both on camera and off, and delivering that content to audiences on our largest platform – Global.”

Set in Vancouver, Canada, Family Law follows lawyer and recovering alcoholic Abigail Bianchi struggling to put her career and family back together after hitting rock bottom. As a condition of her probation, Abby is forced to work at her estranged father’s firm, practicing in family law for the first time while forging new relationships with the half-brother and half-sister she’s never met. The end result is a dysfunctional family law firm operating to help other families with their own dysfunctions. Family Law is helmed by Showrunner Susin Nielsen, Executive Producers Tom Cox and Jordy Randall (SEVEN24), and Executive Producer Erin Haskett (Lark Productions). Casting and start of production details to be announced at a later date.

Produced by ICF Films and eOne, with industry veteran Ilana Frank (Rookie Blue, Burden of Truth) serving as Executive Producer, Nurses is a coming-of-age series following five young nurses working on the front-lines of a busy downtown Toronto hospital, dedicating their lives to helping others, while struggling to help themselves. Starring an all-Canadian ensemble cast, including Sandy Sidhu, Tiera Skovbye, Natasha Calis, Jordan Johnson-Hinds and others, the series makes its world premiere on Monday, January 6 at 8 p.m. ET/PT on Global. Nurses is produced with the participation of the Canada Media Fund and the Canadian Film or Video Production Tax Credit.


From Shaftesbury, led by 2019 Order of Canada recipient Christina Jennings, Departure is a six-part event series created by Vincent Shiao with Director T.J. Scott and Showrunner Malcolm MacRury. Season 1 stars Archie Panjabi, Christopher Plummer, Kris Holden-Ried, Rebecca Liddiard, Allan Hawco and others, Departure is an adrenaline-fueled serialized thrill ride following the mystery of a passenger plane that vanishes over the Atlantic Ocean. Broadcast details for the North American premiere of Departure will be announced soon. Casting and production details for Season 2 will also be announced in 2020.