A Bigger Sphere
by Staff Editors

“We feel fortunate to be welcoming the fantastic MK2 l MILE END team led by Charles Tremblay to our ranks,” said Sphere CEO Bruno Dubé. “We are looking to expand our reach in the distribution of national and international films in Canada. We have found in MK2 l MILE END a solid partner that shares a similar business vision to ours.”

Sphere serves both the local and international markets with premium content across all genres, including documentaries, feature films, drama series, game shows, magazine programmes, variety shows, major television events, 2D animation, and digital projects. Based in Montréal and Toronto, Sphere’s three divisions — Sphere Media, Sphere Animation and Sphere Films — are staffed by 200-plus multi-disciplined personnel, supported by more than 9,000 freelancers. The company recently announced a brand unification initiative aimed at further supporting the creation, production and distribution of content, domestically and internationally. In January of this year, it acquired the original animation company Sardine Productions, now rebranded as Sphere Animation.

“Our partnership with mk2 has been very productive and has allowed us to become a prominent player in Canada in five short years,” said Tremblay. “My team and I had set ourselves the objective of becoming the leading Canadian distributor of independent films. Joining the Sphere family, will allow us to sustain our growth. Our entire team in Montreal and Toronto will remain in place. Additionally, we are very pleased to be pooling our strengths with those of Anick Poirier and Lorne Price, who are seasoned and respected industry professionals.”

“We are very happy to have accompanied Charles Tremblay and his team during these 5 years and salute the remarkable work that has made MK2 l MILE END a major player in Canadian distribution in such a short period of time,” added Nathanaël Karmitz, CEO of mk2. “A new chapter has begun that will allow the company to continue its development and allow Canadian audiences to access quality films in the best conditions. We wish the best and will continue to work closely in the future for the benefit of cinema and filmmakers from around the world.” 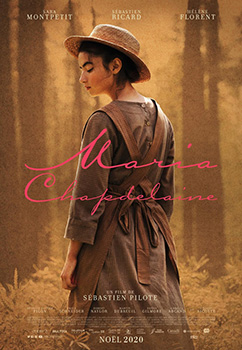 Since its founding by Tremblay in 2017, MK2 l MILE END has made its mark distributing the best of Canadian and international cinema to audiences in Canada. Headquartered in Montréal, the company recently announced the expansion of its activities in English Canada, appointing established industry professionals to spearhead that development. Their slate of films includes a host of award-winning titles including Palme d’Or and Best Picture Oscar winner Parasite, directed by Bong Joon-ho, Portrait of a Lady on Fire by Céline Sciamma, Honeyland, the first documentary ever to receive two Oscar nominations, and the Quebec films And the Birds Rained Down by Louise Archambault and Maria Chapdelaine by Sébastien Pilote. The distributor launched its own home cinema platform in 2020. Since the beginning of the year, six MK2 | MILE-END–distributed films were released in theatres, including the twice-Oscar-nominated The Worst Person in the World and The Wolf and the Lion, which has Canadian box-office earnings of $850,000 to date.

Sphere was already active in international film distribution via its brand Sphere Films (formerly WaZabi Films). The existing team of Anick Poirier and Lorne Price will continue to successfully sell feature films to the international market.