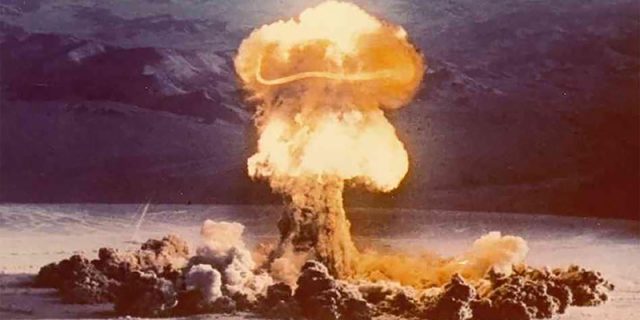 Atomic Reaction will explore Canada’s vital role in the Manhattan Project, which produced the atomic bombs dropped on Hiroshima and Nagasaki during World War II and the enduring consequences that are still being felt in Canada today.

“The film will examine over 100 years of Canadian nuclear history, a period when some of the world’s most brilliant minds raced to develop the science and technology required to split the atom.” said Hatch. “We’ll also unveil the lesser known consequences on lives impacted by the mining of uranium pitchblende and the refining of that ore, while exploring the silver lining of nuclear energy in our transition from fossil-fuel consumption”.

Atomic Reaction opens with the retelling of a Dene prophecy made in 1880 foretelling nuclear annihilation. Dene spiritual leader Louis Ayah’s vision foretold how a big bird would carry a black stick taken from a rock outcrop at Great Bear Lake and fly a great distance to drop it on a people who looked Dene but were not, Dene.

The film’s core story then unfolds by tracing Canada’s little known Atomic Highway, a transportation route established in the 1930s that once ran from a uranium mine on the shore of Great Bear Lake, to a uranium refinery about 6,000 kilometres to the east, nestled on the north shore of Lake Ontario in Port Hope, Ontario.

Along the way, viewers will learn about Canada’s wartime research and participation in the development of the atomic bomb at Montreal’s McGill University lead by an elite team of Canadian and international scientists. And, storyteller Nayally meets with past and present residents of Deline, N.W.T. and Port Hope, Ontario who share their memories and experiences.

Atomic Reaction is a production of Atomic Reaction Films, commissioned by Jordana Ross, Executive in Charge of Production for documentary Channel. The documentary is funded by the Canadian Media Fund, Rogers Documentary Fund and the Ontario Creates Film Fund. Executive Producers are David Hatch, Bernie Finkelstein and Shelley Saywell with Directors Mason Mantla and Michèle Hozer.

No release date has been announced.