Brother at TIFF
by Staff Editors

(July 6, 2022 – Toronto, ON) The Toronto International Film Festival (TIFF) has announced that Brother, the highly anticipated new film from Clement Virgo, will make its festival debut with a World Premiere at the 47th edition of the Festival this September. 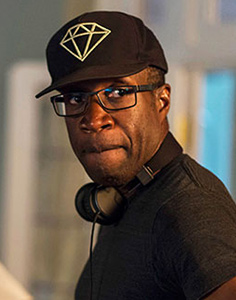 Adapted for the screen by Virgo from David Chariandy’s prize-winning novel of the same name, Brother is the story of Francis and Michael, sons of Caribbean immigrants maturing into young men amidst Toronto’s pulsing 1990’s hip-hop scene. A mystery unfolds when escalating tensions set off a series of events which changes the course of the brothers’ lives forever.

Brother stars Lamar Johnson (The Hate U Give), Aaron Pierre (Underground Railroad), Kiana Madeira (Fear Street) and Marsha Stephanie Blake (When They See Us). The film is produced by recently announced member of the Academy of Motion Pictures Arts & Sciences, Damon D’Oliveira, as well as Clement Virgo of Conquering Lion Pictures, along with Aeschylus Poulos and Sonya Di Rienzo of Hawkeye Pictures. Executive producers are Aaron L. Gilbert and Steven Thibault of BRON and Laurie May and Noah Segal of Elevation Pictures.

Brother will be distributed in Canada by Elevation Pictures and BRON Releasing will manage the sale in other territories.