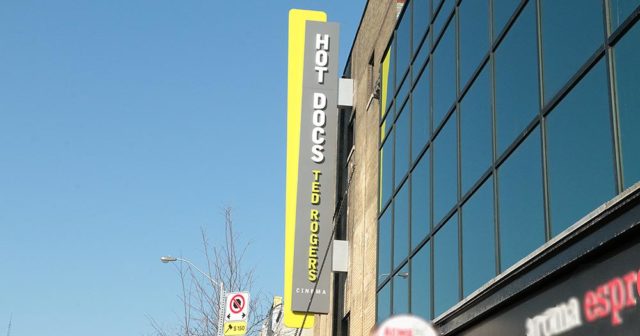 (April 20, 2022 – Toronto, ON) There’s a lot to cover as we look at another 3 of the 12 feature documentaries screening in the Canadian Spectrum this year at Hot Docs. What these three films have in common is serious work by relatively new filmmakers. 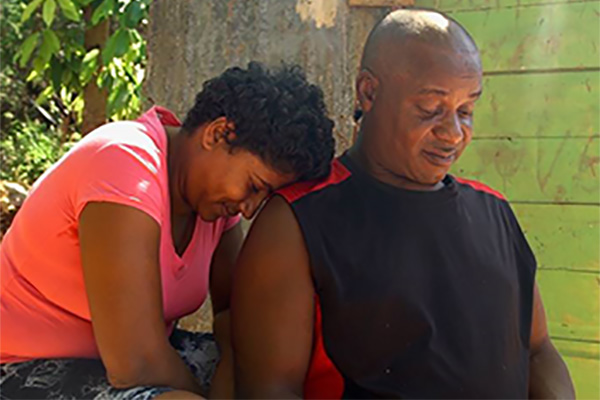 No stranger to Hot Docs, filmmaker Andrew Moir brought his 2017 short Babe, I Hate to Go to the festival that year and picked up a nomination for Best Short Documentary at the 2018 Canadian Screen Awards. He builds on that short with a new feature doc titled Don’t Come Searching, which will have its World Premiere at Hot Docs. The film centres on two people and their lives together and apart. Every spring for the last 13 years, Delroy leaves his partner Sophia and their kids behind in the small Jamaican hamlet of Top Hill so that he can earn money working on a farm in Canada. But the year this documentary was made, Delroy cuts short his stay in Canada and returns home. He has brought an engagement ring for Sophia and the news of an unexpected diagnosis of terminal cancer. Moir gently chronicles the last days of Sophia and Delroy’s relationship as she cares for her new spouse.

Don’t Come Searching screens:
Monday, May 2, 5:45pm at the Isabel Bader Theatre
Friday, May 6 at 3:30pm at the TIFF Bell Lightbox 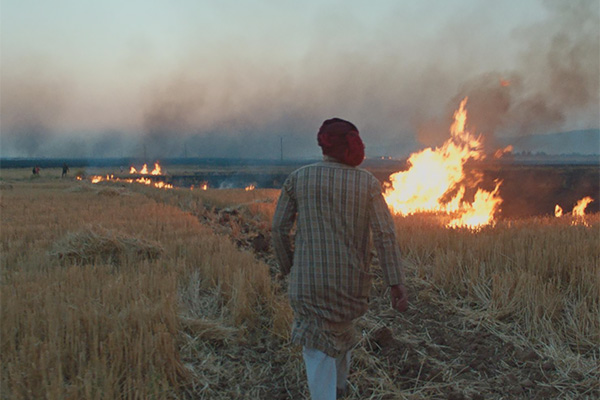 Rojek runs a little over 2 hours and will have its North American Premiere on Saturday, April 30. Screening in competition, Rojek is just the 2nd feature documentary written and directed by Zaynê Akyol, who was born in Turkey and is a Université du Québec à Montréal graduate with Bachelor and Master Degrees in Communication, with a specialization in film. Her first documentary was the 2010 short Under Two Skies. Her first feature documentary, Gulîstan, Land of Roses (2016) was selected by 80 international film festivals, earning 50 nominations and winning 12 awards, including the prestigious Doc Alliance Award given at the Locarno Film Festival. This new film features interviews with some of the most important members of the Islamic State (ISIS), who are currently being detained in Syrian Kurdistan, an area of the world trying to stay vigilant as it struggles to recover from years of war. 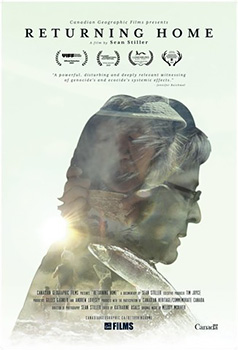 Secwépemc director Sean Stiller’s Returning Home is still on the festival circuit and will make a stop at Hot Docs. It profiles Orange Shirt Day founder Phyllis Jack-Webstad and her family’s struggle to heal from the multigenerational impact of attending the notorious St. Joseph’s Mission Residential School in Secwépemc territory. In an interweaving storyline, amid a global pandemic and the lowest salmon run in Canadian history, the film also explores how a multi-year federal fishing moratorium tears at the very fabric of Secwépemc communities and centuries-old traditions. This is Stiller’s first feature and its award history is impressive. It was named Best Canadian Documentary at last year’s Calgary International Film Festival, the Edmonton International Film Festival and the Vancouver International Film Festival.

Returning Home screens:
Monday, May 2 at 8:30pm at the Isabel Bader Theatre
Friday, May 6 at 1:30am at the TIFF Bell Lightbox

Returning Home screens with the 11 minute short, The Road Back to Cowessess.

Speaking of shorts, if you’re a stranger to documentary films, have always been curious about this particular kind of filmmaking but no ready to commit to a couple of hours of something you’re not sure of, I suggest you start your journey into reality film with a program or shorts. The great thing about short films is, they are short. Not particularly fond of the first one, the second one will be along in a few minutes. Hot Docs has two shorts programs within in the Canadian Spectrum. The first series is titled “Artistic Journeys” and features four films ranging from 19 minutes to 29 minutes. One of them, Bill Reid Remembers is a National Film Board (NFB) production, directed by renowned Indigenous filmmaker Alanis Obomsawin.

The NFB synopsis states: ”Bill Reid Remembers is a beautiful tribute from Alanis Obomsawin to her friend’s remarkable life and rich legacy. Despite spending his early life away from his nation’s culture, renowned Haida artist Bill Reid always kept Haida Gwaii close to his heart. While working for CBC Radio, he started learning how to make jewelry, then later sculpture, using Haida techniques and images, a move that would forever change his life and the Canadian artistic landscape. Reid’s powerful narration in the film—interspersed with Obomsawin’s own—recounts his complex childhood, his emergence as an accomplished artist, and his profound connection to his homeland. Decades after his passing, Bill Reid remains an enduring force and one of Canada’s greatest artists.

The other films in the series are Dad Can Dance by Jamie Ross; the Netherlands-Canada copro The Museum Visits a Therapist from directors Mirjam Linschooten and Sameer Farooq; and Violet Gave Willingly by Claire Sanford.

More Hot Docs Canadian Spectrum features and shorts tomorrow. There is more information online about these films and others and about streaming these films from anywhere in Canada.