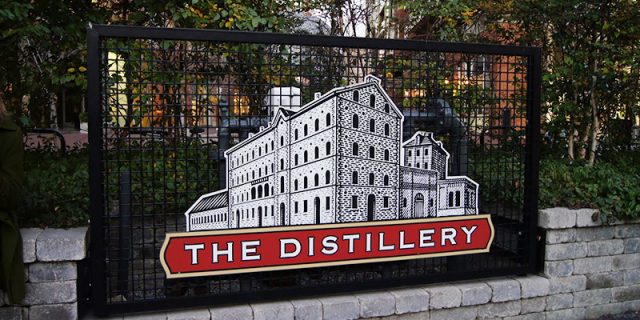 (March 23, 2022 – Toronto, ON) The city’s historic Distillery District will be transformed this summer as the Italian Contemporary Film Festival (ICFF) will hold this year’s event at one of the top destinations for tourists and Torontonians alike.

Following last summer’s successful drive-in event at Ontario Place in partnership with CHIN Radio/TV, the festival will move to the cultural and artistic heart of Toronto, where it will feature an innovative cinema village. Outdoor theatres and patios will line Distillery’s Trinity Street and a new innovative theatre space will offer a magical vantage point for festival goers. Luxurious venues will feature couch seating and large digital screens. The festival will showcase heartwarming films, captivating installations, visual art exhibits, panel discussions, gourmet tastings, and live performances – creating a unique cinematic experience, all under the banner of the 2022 Lavazza IncluCity Festival.

“Enhancing the festival mission of reconnecting communities and highlighting the dynamism and richness of Canada’s multicultural society, ICFF is thrilled to welcome audiences to this new location and a new festival concept never seen before in our city,” said Cristiano de Florentiis, ICFF Artistic Director in yesterday’s media release. “The Lavazza IncluCity Festival is proud to provide an opportunity to reunite the community with cinema and visual arts in a place that shares our values.”

“As one of Canada’s premier arts, culture and entertainment destinations, The Distillery Historic District is proud to welcome The ICFF to host this year’s Lavazza IncluCity Festival at our venue,” said Nadine Singh, Manager of Events & Sponsorship, The Distillery Historic District. “Surrounded by authentic Victorian buildings, cobblestone streets, enchanting light canopies, and 75+ local shops, artisans, restaurants and cafes, this new cinematic experience promises to provide the perfect backdrop for this year’s festival. We look forward to welcoming back Torontonians and guests from around the world to experience this festival with us.”

In line with its mandate, ICFF will partner with multicultural organizations and institutions to bring more diversity on screen and in the village showcasing more than 17 communities with a special ‘Focus Italia’, in collaboration with the Embassy of Italy to Canada, Consulate General of Italy in Toronto, Italian Trade Agency, and Istituto Italiano di Cultura.

“Toronto is now more than ever an international hub, with a very diverse population which calls this fantastic city home,” said Andrea Chiaramello, Head of Lavazza, Canada. “The Lavazza Group is very proud to be the presenting sponsor of the Lavazza IncluCity Festival — an event which recognizes, supports and celebrates our shared passion for movies and the arts, which transcends culture.”

ICFF will partner with the Rogers, ICFF Official Communications Partner, and with CHIN Radio/TV, global leaders in the audiovisual and media sectors, to present three weeks of exceptional screenings and events.

Submissions are now open for Canadian and International feature and short films. The festival offers awards in these categories:

People’s Choice Award – The best feature film chosen by the audience will be announced on the last day of the festival.

Critics’ Award – The best feature film as selected by a jury composed by members from the Toronto Film Critics Association.

ICFF Best Short Film Award – The jury of Canadian experts will vote and select one short film that provides exciting and engaging storytelling to receive this award that also comes with a $1000 CAD prize.

Special Award – For the feature film that best promotes the Italian-Canadian social and cultural values.