(August 4, 2022 – Toronto, ON) One day after reporting on TIFF’s Platform Program, today we learned about the film festival’s Discovery, Midnight Madness and Wavelength programs. A lineup that features 54 titles from filmmakers representing 26 countries.

“For TIFF audiences in the know, the Discovery, Midnight Madness and Wavelengths programmes are where you’re rewarded for taking risks and being adventurous,” offered Anita Lee, Chief Programming Officer, TIFF. “Whether it’s the discovery of an audacious new auteur, a brilliant visionary work that reimagines storytelling or the most wicked cinematic experience you will ever have, this is where you will find it.”

“TIFF’s Discovery programme is a showcase of cinema and talent from around the world — a place to unearth work that is bold, distinctive, and, above all, passionate,” said Dorota Lech, Discovery Lead and International Programmer, TIFF. “The section has a rich history of championing the first and second features of visionary filmmakers such as Chantal Akerman, Julie Dash, Yorgos Lanthimos, Ildikó Enyedi, Jafar Panahi, Trinh T. Minh-ha, Steve McQueen, Michael Haneke, Christopher Nolan, Lav Diaz, Barry Jenkins, Alfonso Cuarón, Athina Rachel Tsangari, Warwick Thornton, Maren Ade, Joachim Trier, David Gordon Green, Pablo Larraín, Valeska Grisebach, and Jean-Marc Vallée, to name just a handful. This year’s robust programme offers 24 films that shook us to the core, filled us with joy, broke our hearts, and, most importantly, reminded us that the future is bright.”

Unless otherwise noted, all the the films that follow will enjoy World Premieres at TIFF 2022. There will be another film aded to this list at a later date: 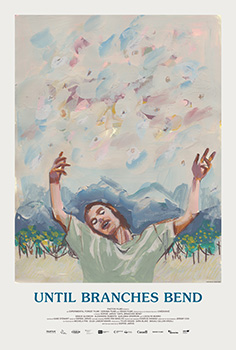 The Taste of Apples is Red Ehab Tarabieh | Israel, Germany

“I am thrilled to announce that Midnight Madness has returned to its traditional 10-film configuration and has a new home at the Royal Alexandra Theatre,” said section curator Peter Kuplowsky. “I also couldn’t have hoped for a more appropriate Opening Night film than Weird: The Al Yankovic Story — a beautifully deranged ‘biopic’ made in the great Midnight movie tradition of challenging conventions and forging one’s own path, no matter how weird.” 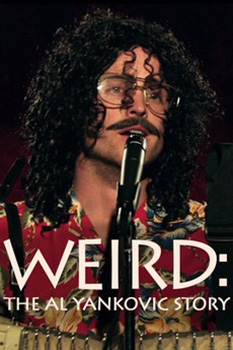 Unless otherwise noted, all the the films that follow will enjoy World Premieres at TIFF 2022.

“The selections in this year’s Wavelengths lineup reimagine the possibilities of cinema in ways both inspiring and rejuvenating,” said Senior Curator Andréa Picard. “The programme itself continues to champion film as art in a climate increasingly challenging for non-commercial and non-conforming work. The filmmakers and artists in this year’s edition expand the language of film and video, employing narrative, documentary, hybrid, and formalist approaches to assert film’s status as an autonomous art form and the cinema itself as an essential, communal experience.”

Showcasing a mix of established auteurs, celebrated visual artists, and emerging filmmakers, this year’s Wavelengths presents eight features, two shorts programmes, and an exhibition, placing timeless, durational works alongside projects of the utmost contemporary urgency — each political by nature of its very existence and, by extension, resistance. Additionally, we are honoured to present a number of important moving-image works from recent gallery and museum exhibitions in the cinema, including an exceptional theatrical screening of Tacita Dean’s latest 16mm film, Fata Morgana. Another of this year’s highlights includes the first Canadian solo exhibition of Brooklyn-based Moroccan artist Meriem Bennani in an exciting partnership with The Power Plant Contemporary Art Gallery and The Vega Foundation. Meriem Bennani: Life on the CAPS will be exhibited free to the public at The Power Plant from September 9 through 18.

Unless otherwise noted, all the the films that follow will enjoy World Premieres at TIFF 2022.

Bigger on the Inside Angelo Madsen Minax | USA

The Time That Separates Us Parastoo Anoushahpour | Canada, Jordan, Palestine

The 2022 Toronto International Film Festival runs September 9 to 18. The deadline to purchase ticket packages is August 14.