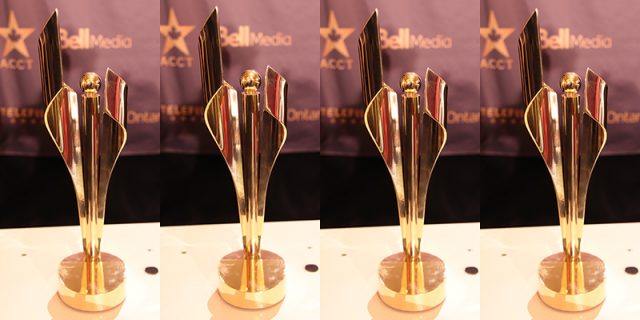 (February 16, 2022 – Toronto, ON) When you hear people say something like “…it’s nice just to be nominated,” they’re telling the truth. This applies to any kind of award, from an Oscar® to an Emmy to a Canadian Screen Award (CSA) to something handed out by a small organization in a forgotten corner of middle Earth.

Since the CSA nominations were announced we’ve been mildly inundated by various companies touting their nomination count and, why not. Good work honoured in any way is worth applauding and as we try to do that for Canadian film and television every day (since 1998), here’s a look a some of the well deserved chest pounding.

CBC/RADIO-CANADA was first to let us know how well they had done. “Well” doesn’t quite describe it. Canada’s national broadcaster ended up with a total of 295 CSA nominations. Without getting into all the details, CBC NEWS received 28 nominations in 22 network, local and digital categories. CBC’s original scripted programming earned 124 nominations. CBC’s original unscripted, arts and documentary programming received 75 nominations. As mentioned in our original coverage, the comedy series Sort Of topped the nomination count with 13 nods including Best Comedy Series. CBC and its documentary Channel received a total of 33 nominations and CBC SPORTS received nine nominations. CBC’s contribution to feature and short film production received 59 nominations, which includes some productions up for Best Film award including Night Raiders, Wildhood and All My Puny Sorrows.

Shaftesbury’s Murdoch Mysteries is now in its 15th season. There should be an award for longevity.

Commissioned by the BBC and CBC/Radio-Canada in association with Super Channel, The North Water, a UK/Canada treaty co-production from Canada’s Rhombus Media and the UK’s See-Saw Films, received four nominations, including Best Drama Series. The five-part limited series is available on Super Channel Fuse, as well as streaming and On Demand. The Super Channel original true-crime documentary, Catching a Serial Killer: Bruce McArthur from Peacock Alley Entertainment was nominated as Best Documentary Program.

“We were ecstatic to see our deserving production partners recognized with Canadian Screen Award nominations,” said Don McDonald, President and CEO, Super Channel. “We are proud to bring these exceptional programs to our viewers and do our part to help elevate the discoverability of Canadian content to a national audience. We extend our warmest congratulations to all of the nominees.”

Northernstars joins with others in congratulating all nominees and all the nominees for television awards can be found online.