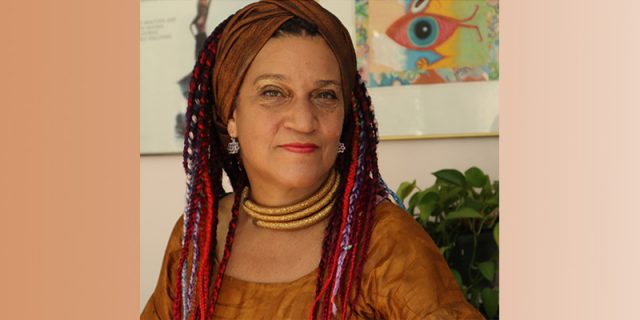 (November 8, 2022 – Toronto, ON) Award-winning filmmaker and producer Frances-Anne Solomon will receive the 2022 “WIFT Toronto Crystal Award for Mentorship” in recognition of her outstanding contribution in helping to motivate, guide and support emerging and mid-career professionals in the Canadian screen-based media industry, often serving as a role model to younger entrepreneurs as they grow in their own careers.

The 35th WIFT Toronto Crystal Awards will take place at a Gala Luncheon on Tuesday December 6, 2022, at the Arcadian Court in Downtown Toronto. Established in 1988, these prestigious awards have honored over one hundred and sixty pioneers who have made significant contributions in film, television, and the interactive digital media industries — for excellence in creativity, entrepreneurship, innovation, mentorship, and leadership.

“It is a great honor to receive the 2022 Toronto Crystal Award for Mentorship,” said the award-winning filmmaker.

Recently recognized as one of the top-100 Most Influential Black Canadians at Afroglobal Television’s Excellence Awards that took place at Meridian Arts Centre on October 29, the award-winning filmmaker, writer, producer, director, curator and distributor in film, television, and radio, has built and continues to provide an effective pipeline of essential media industry products and services for BIPOC creators through her CaribbeanTales Media Group (CTMG).

Solomon began her career at the BBC in England as a TV Drama Producer, before founding CTMG in 2001. Her extensive directing credits include the feature films HERO (2019), A Winter Tale (2008), and the sitcom Lord Have Mercy! (2001). She has lectured at the University of the West Indies, New York University and Duke University. She is the recipient of many international awards and accolades and is a member of The Directors’ Branch Executive of The Academy of Motion Picture Arts And Sciences.