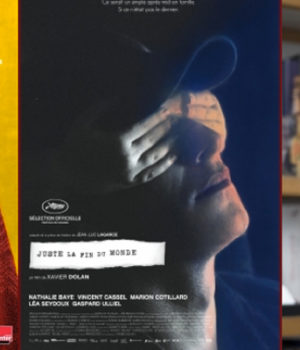 (May 12, 2016 – Cannes, France) Clay Epstein’s Film Mode Entertainment has announced the Cannes World Market Premiere of the inspirational drama Little Pink House. The film is currently in post-production and is on a short-list to play in theaters later this year. The cast includes Oscar-Nominee Catherine Keener (Captain Phillips, Into the Wild, The 40-Year-Old Virgin); Jeanne Tripplehorn (The Firm, Big Love, Basic Instinct); and Callum Keith Rennie (Fifty Shades of Grey, The Butterfly Effect, Momento).

“This very moving, inspirational film is a tribute to the human spirit, and shows how the determination of a single individual can change the course of events for the better,” said Clay Epstein, President of Film Mode Entertainment. “Little Pick House is a commercially viable film with a vital and timely message that will tug at the heartstrings of distributors and moviegoers across the globe.”

Writer/Director Courtney Moorehead Balaker (The Collector, Cute Couple, He Was a Quiet Man) creates a moving drama based on the remarkable true story of Susette Kelo, a nurse who takes on a huge corporation that tries to use eminent domain to seize homes in her working-class Connecticut neighborhood to make room for a new corporate facility. Kelo organizes her neighbors and leads a battle that ends up before the U.S. Supreme Court.

While Kelo and her neighbors lost Kelo vs. City of New London in a tight 5-4 decision, her battle united a nation, attracted enormous media attention, and inspired many reforms in eminent domain laws.

“I’m very excited to be working with Clay Epstein and Film Mode Entertainment to bring Little Pick House to viewers everywhere,” said Courtney Moorehead Balaker. “This film tells the real-life story of Susette Kelo, a blue-collar woman who dared to stand up against white-collar powerbrokers, and Susette’s inspirational story is conveyed with power and grace by the wonderfully talented Catherine Keener.”

Film Mode Entertainment is representing international rights on the film and will be showing footage to distributors for the very first time in Cannes.