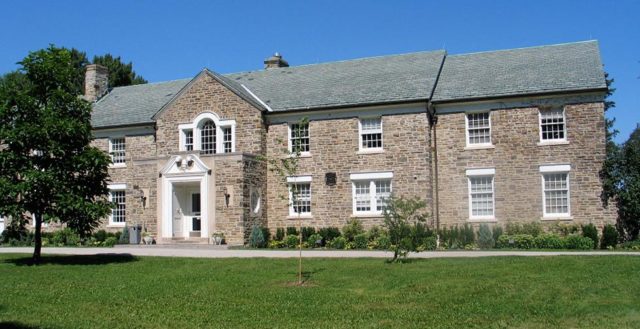 (February 26, 2021 – Toronto, ON) The Canadian Film Centre (CFC) is pleased to announce that Shaftesbury and AMC Networks have joined CFC’s signature film program as Lead Supporters. This program is lauded internationally as a vital incubator for bold new voices and original content, and has launched some of Canada’s most prolific and exciting creators. It has been renamed The Norman Jewison Film Program, supported by Shaftesbury and AMC Networks, to honour award-winning and internationally acclaimed filmmaker, CFC Founder and beloved Canadian icon, Norman Jewison.

This essential film program for directors, producers, writers and editors launched the CFC in 1988 and has been central to the organization ever since. It continues to elevate the next generation of creators and industry leaders who are redefining how Canadian stories are told onscreen and experienced by the rest of the world. Mr. Jewison’s vision to inspire and empower Canadian filmmakers to become world-class storytellers has always been at the heart of this program, and it’s only fitting that the program now bears his name, and honours his contributions to the screen industry and to championing global possibilities for Canadian filmmakers.

“We are elated that Shaftesbury and AMC Networks recognize the value and impact of this program, and continue to show their steadfast commitment to the CFC and Canadian creators,” shared Slawko Klymkiw, CEO, CFC. “There is no better time than now to rename the film program in honour of Norman Jewison, reinforcing that his fervour for excellence in storytelling, his passion for social justice, and his commitment to the development of Canadian film and filmmakers remains central to the CFC’s ongoing mission and are more relevant today than ever.”

Shaftesbury, which recently entered into a strategic partnership with AMC Networks, is an award-winning creator and producer of original content for television, film, and digital, and is a long-time supporter of the CFC. Founded by Christina Jennings (CEO and Chairman, Shaftesbury and Chair, CFC Board of Directors), an alumna of the film program’s Producers’ Lab, Shaftesbury is known for helping to nurture and develop emerging talent in the screen industry. Their support of The Norman Jewison Film Program is another example of their continued commitment to the CFC and to the next generation of Canadian creators.


“I say it all the time – the CFC launched my career,” said Christina Jennings, CEO and Chairman, Shaftesbury. “If I had not attended the CFC where I learned from others, honed my craft and made strong connections, I may not now be leading a Canadian production company. The CFC is a result of the passion and determination of Norman Jewison who believes so strongly in the talent of Canadian creators. It is most apt that this program should have his name, and I’m delighted to be supporting this program with our new partners at AMC Networks.”

AMC Networks, a long-time committed supporter of the CFC, is known for its groundbreaking and acclaimed original content and award-winning entertainment brands AMC, BBC AMERICA, IFC, SundanceTV and IFC Films as well as streaming sevices including AMC+ and Acorn TV. AMC Networks is committed to telling original stories that entertain with vivid characters, stories and worlds that show a full spectrum of human experience, and, through their support of The Norman Jewison Film Program, will empower the next generation of diverse filmmakers and storytellers to compete on the global stage.

“AMC Networks has had a long history of working with Canadian storytellers of the highest caliber across TV and film,” said Harold Gronenthal, Head of Programming and Marketing for AMC Networks International. “We’re proud to partner with Shaftesbury as a Lead Supporter of the CFC’s world-class film program and to help nurture and elevate a new wave of emerging and diverse Canadian voices.”

The 2021 Norman Jewison Film Program, supported by Shaftesbury and AMC Networks, began on January 18, 2021, with tailored part-time individual work for the 18 residents in preparation for the full-time component of the program, which runs from March to July 31, 2021. The program has been adapted to meet all current COVID-19 regulations. This film program is the only intensive professional program of its kind in Canada and is a key destination for creative professionals who want to establish their voice in the screen entertainment industry.