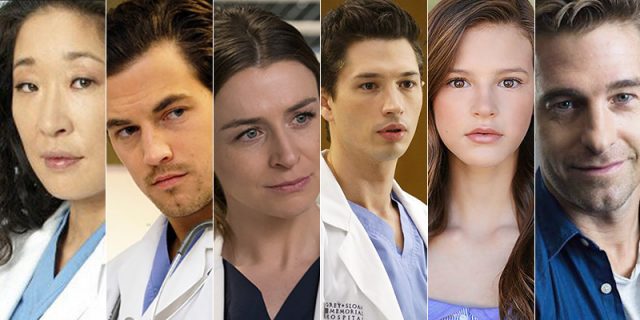 (October 17, 2022 – Toronto, ON) It was Caterina Scorsone’s birthday yesterday. If you don’t recognize the name I’m sure you know her face and if you’re one of the legend of fans of the American series Grey’s Anatomy then you also know her character. She began playing the role of Dr. Amelia Shepherd in 2010. Her character was the sister of Dr. Derek Shepherd, played by Patrick Dempsey, making her sister-in-law to series star Ellen Pompeo’s Dr. Meredith Grey.

Born in Toronto, according to one article, the future Dr. Amelia Shepherd first appeared in front of the cameras on an episode of the popular CBC kids series Mr. Dressup, a series that was on the air for almost 30 years. Caterina Scorsone played Michelle Parker in 26 episodes of the Canadian series Power Play and made an appearance on The Border, but it was her 12 years on Grey’s Anatomy that started me thinking about the other Canadian actors who have landed key spots on one of the most popular and long-running series on television.

For most of us, the first Canadian that comes to mind when we think of Grey’s Anatomy is Sandra Oh. She’s been in more than half of the episodes since the series debuted in 2005. Oh played Dr. Christina Yang and picked up a Golden Globe for Best Performance by an Actress in a Supporting Role in January of 2006 for her work on the series. She continued in that role until the last episode of the 2014 season, but has made occasional return visits ever since. Recently associated with Killing Eve, Sandra Oh had established quite a career before she landed her almost 10-year run on Grey’s Anatomy including Last Night (1998), Under The Tuscan Sun (2003) and the critically acclaimed Sideways, released in 2004. 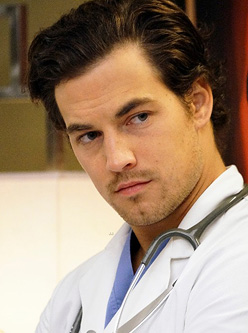 Born in Rome, actor Giacomo Gianniotti joined the cast the year after Sandra Oh bowed out. He began playing Dr. Andrew DeLuca in 2015. He was in the Canadian films Race, released in 2016 and The Cuban in 2019 and provided the voice of a young fisherman in the hit animated feature Luca in 2021. He was also back on Grey’s Anatomy in 2021, but this time behind the camera directing 1 episode that year.

Toronto-born Peyton Kennedy had a short run on the series, playing Betty Nelson in 12 episodes between 2018 and 2019. She was 14 at the time and it was a breakthrough role. Not yet 20, Kennedy played Toronto-born world famous actress and studio mogul Mary Pickford when she appeared on the series Murdoch Mysteries.

Stratford, Ontario’s Joe Dinicol also had a brief stay on Grey’s. He got to be Dr. Mitchell Spencer in 6 episodes in 2015.

Over the years the character of Dr. Meredith Grey has had many romantic encounters including the on again off again on again time with Dr. Nick Marsh. There was a hot single episode in 2018 and then he was gone. He being Scott Speedman. Born in England, Speedman grew up in Canada. Once known for his role of Ben Covington on the TV series, Felicity, he recently costarred in David Cronenberg’s 2022 release Crimes of the Future. His character of Dr. Marsh returned in 2021 and the relationship between Marsh and Dr. Meredith Grey promises to heat up the 2022 season, either through differences in their approach to his work at Grey Sloan Memorial or through more of their passion for each other, which they rekindled last season.

If I have missed someone, let us know by writing us at news@northernstars.ca

Thanks to areathirtythree.com for pointing out guest appearances on Grey’s Anatomy by Anastasia Phillips in Episode 13.22 as Marie Fisher and by Saul Rubinek was Eli Rigler in Episode 14.17.