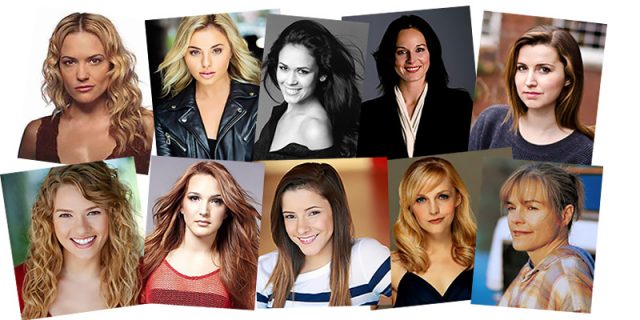 (May 23, 2022 – Toronto, ON) It’s Victoria Day in Canada, with the exception of Québec, and it’s a public holiday in most of the country but in some provinces the holiday applies only to government employees. Queen Victoria’s reign lasted 63 years and seven months, longer than any previous British monarch at the time, and ended with her passing in January 1901. Our present monarch, Victoria’s great-great-granddaughter, Elizabeth II, surpassed that record on September 9, 2015. May 24th has been celebrated since 1845 when the parliament of the Province of Canada officially recognized the date as the Queen’s birthday. However the first Victoria Day, as we know it today, was proclaimed by law following the death of Victoria in 1901 making today the 121st Victoria Day in Canada.

It’s safe to assume that some if not all of the Canadian actresses named Victoria were probably named for a mother or grandmother or great-grandmother or aunt, and perhaps rarely for a male member of the family named Victor. However, chances are those older relatives or their own older relatives were given the name to honour the Queen often thought of as “The Mother of Confederation.”

Today we celebrate both Victoria Day and Victorias Day. Our Northernstars Victorias pictured above include: Tori (Victoria) Anderson, Victoria Baldesarra, Victoria DiGiovanni, Victoria Duffield, Victoria Kucher, Victoria Lean, Victoria Pratt, Victoria Sanchez, Victoria Sinclair and Victoria Snow. We also thought it fair to include Kim Victoria Cattrall who was born in England but grew up in Canada and started her career here.

Happy Victoria Day 2022 from me and everyone at Northernstars.ca