(May 8, 2022 – Toronto,ON) Hot Docs has announced the winning documentaries in this year’s official competition and the recipients of additional awards honouring Canadian filmmakers. The awards were revealed at the Hot Docs 2022 Awards Presentation at TIFF Bell Lightbox, hosted by arts journalist and co-founder of Media Girlfriends Garvia Bailey. Thirteen awards in total were given out, including nine awards for Festival films in competition – of which seven were won by female filmmakers – and $65,000 CDN in cash and prizes were awarded. Playing on screens across Toronto and streaming online across Canada, the 2022 Hot Docs Festival will close today, May 8. The Rogers Audience Award for Best Canadian documentary will be announced today at a special encore screening at 7:00 pm at Hot Docs Ted Rogers Cinema. The top three Canadian features in the audience poll will share in a $50,000 cash prize, courtesy of Rogers Group of Funds. The overall Audience Award winner will be announced after the Festival. 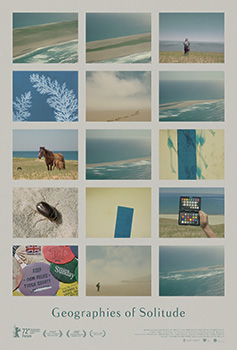 The Best Canadian Feature Documentary Award was presented to Geographies of Solitude (D: Jacquelyn Mills | P: Rosalie Chicoine Perreault, Jacquelyn Mills | Canada), in which self-taught naturalist and environmentalist Zoe Lucas shares her incredible life’s work. Sponsored by DOC and Telefilm Canada, the award includes a $10,000 cash prize. Jury statement: “For its deft ability to reveal the complex intersections between the natural world and humanity’s excesses on a singular isolated island through strongly crafted and arresting visual and aural storytelling, the Canadian Features Jury presents the Best Canadian Feature Documentary Award to Geographies of Solitude.” Shot on 16mm film, not digital, the production of Geographies of Solitude was supported by the Sundance Documentary Fund and Cannes: Docs in Progress program and had its world premiere at the Berlinale Forum where it won three awards.

The Best International Feature Documentary Award was given to Blue Island (D: Chan Tze Woon | P: Peter Yam | Hong Kong, Japan, Taiwan), a hybrid film that takes stock of Hong Kong and the region in the aftermath of pro-documentary protests and the subsequent crackdown. The award includes a $10,000 cash prize. Jury statement: “For its evocative use of re-enactments interwoven with traditional documentary forms to create a rich, socially-grounded cinematic tapestry, the jury is honoured to present the Best International Feature Documentary Award to Blue Island, directed by Chan Tze Woon.”

Hot Docs is an Academy Award qualifying festival for feature documentaries and, as the winner of the Best International Feature Documentary Award, Blue Island will qualify for consideration in the Best Documentary Feature category of the annual Academy Awards® without the standard theatrical run, provided they comply with Academy rules. 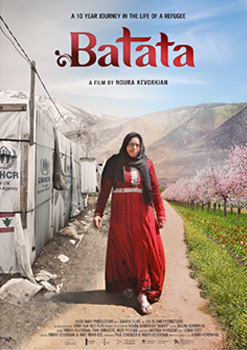 The Special Jury Prize – International Feature Documentary was given to The Wind Blows the Border (D: Laura Faerman, Marina Weis | P: Rodrigo Díaz Díaz, Luís Ludmer | Brazil), a film charting an Indigenous woman’s dangerous fight to keep her community’s ancestral land safe from the expansion of agribusiness in her native Brazil.  Sponsored by A&E, the award includes a $5,000 cash prize. Jury statement: “The jury was very taken with this film and the ways–both subtle and bold–that it documents an unfolding natural crisis rooted in human social conflict. The jury awards The Wind Blows the Border the Special Jury Prize for International Feature Documentary.”

The Emerging International Filmmaker Award is given to an international filmmaker whose film in competition is their first or second feature-length film. It was presented to director Bogna Kowalczyc for Boylesque (D: Bogna Kowalczyk | P: Tomasz Morawski, Katarzyna Kuczyńska, Vratislav Šlajer, Hanka Kastelicova | Poland, Czech Republic), the portrait of an openly gay 82-year-old Polish man living out loud in his palpably homophobic country. The award, supported by the Donner Canadian Foundation, includes a $3,000 cash prize. Jury statement: “The jury was struck by the balance between this filmmaker’s aptitude for the craft of filmmaking, and the interest and tenderness they have for their subject, both which came through in this film.”

The award for Best Mid-Length Documentary was presented to Rewind & Play (D: Alain Gomis | P: Anouk Khélifa, Arnaud Dommerc | France, Germany), a revisiting of an agonizing 1969 interview of jazz visionary Thelonious Monk for French television that crackles with ferocity in the face of patronization. Sponsored by British Pathé, the award includes a $3,000 cash prize. Jury statement: “The jury was impressed by the innovative use of archival, the rigorous cutting, and the relentless quest for intimacy with a subject on the brink of alienation.”

The Best International Short Documentary Award was presented to More Than I Remember (D: Amy Bench | P: Amy Bench, Carolyn Merriman | USA), a lushly animated documentary following the journey of 14-year-old Mugeni Ornella as she and her family are separated and displaced by civil strife in the Democratic Republic of the Congo. The award includes a $3,000 cash prize. Jury statement: “The Best International Short Documentary Award goes to a film that uses the most vivid and unique animation to tell a story of resilience that is both personal, and increasingly universal. The jury was impressed with the beautiful balance of all the creative elements in this film and the way it takes the documentary form beyond the expected.”

Hot Docs is an Academy Award qualifying festival for short documentaries and, as winners of the Best International Short Documentary Award and the Betty Youson Award for Best Canadian Short Documentary Award respectively, More Than I Remember and Perfecting the Art of Longing will qualify for consideration in the Documentary Short Subject category of the annual Academy Awards® without the standard theatrical run, provided they comply with Academy rules.

The Scotiabank Docs For Schools Student’s Choice Award went to Navalny (D: Daniel Roher | P: Odessa Rae, Diane Becker, Melanie Miller, Shane Boris | USA), the riveting doc-thriller centred around Russian opposition leader Alexei Navalny. The award is given to the Festival film in the Docs For Schools education program that receives the highest rating as determined by a student poll and comes with a $5,000 cash prize, courtesy of Scotiabank.

The Lindalee Tracey Award, which honours an emerging Canadian filmmaker with a passionate point of view, a strong sense of social justice and a sense of humour, was presented to Iranian Canadian filmmaker Avazeh Shahnavaz. Shahnavaz will receive a $5,000 cash prize courtesy of the Lindalee Tracey Fund, $5,000 in post-production services from SIM, and a hand-blown glass sculpture by Andrew Kuntz, specially commissioned to honour Lindalee.

As previously announced Toronto-based producer Mila Aung-Thwin, producer of Midwives and co-founder of Montreal-based production company EyeSteelFilm, received the Don Haig Award. The award is given to an outstanding independent Canadian producer with a film in the Festival in recognition of their creative vision, entrepreneurship and track record for nurturing emerging talent and comes with a $5,000 cash prize, courtesy of the Don Haig Foundation.

The 2022 awards for films in competition were determined by four juries.