(July 11, 2022 – Toronto, ON) The National Film Board (NFB) has signed an agreement that will see its films become available on an international basis through a distribution deal with Tubi, FOX’s video-on-demand platform, across Canada, the U.S. and Australia. Tubi is ad-supported and offers fans of film, television, news and sports an easy way to discover new content that is completely free.

NFB is renowned as an Oscar-winning source of powerful storytelling, and Tubi is kicking off an ongoing relationship with the NFB with 29 titles, available now for free—films that showcase the NFB’s strength in award-winning, socially engaged documentaries.

“The National Film Board of Canada is thrilled to have our films on Tubi’s platform,” said Nathalie Bourdon, the NFB’s Director of Distribution and Market Development. “This partnership, which perfectly aligns with our digital strategy, will allow us to grow our audience.”

“We’re so pleased to partner with the National Film Board of Canada to bring their premium, thought-provoking and award-winning slate of documentaries to our service for viewers to discover and enjoy,” said Adam Lewinson, Chief Content Officer, Tubi.

This is just the start for the NFB on Tubi, with films coming throughout the year. New and classic NFB works that are now available include:

Angry Inuk (NFB/Unikkaat Studios/EyeSteelFilm), Inuk filmmaker Alethea Arnaquq-Baril’s powerful challenge to the anti-sealing movement. It was the winner of the Audience Award at Hot Docs and one of Canada’s Top Ten Films, selected by the Toronto International Film Festival.

The Apology, Tiffany Hsiung’s exploration of the lives of three former “comfort women,” kidnapped and forced into military sexual slavery by the Imperial Japanese Army during World War II. 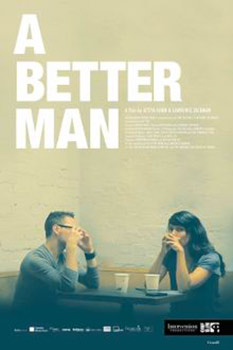 Winner of a Peabody Award and the Busan Cinephile Award for Best World Documentary at the Busan International Film Festival A Better Man (Intervention Productions/NFB), Attiya Khan and Lawrence Jackman’s empowering look at how healing can happen when men take responsibility for their domestic abuse. It was a Top Twenty Audience Favourite at Hot Docs and winner of the Sabeen Mahmud Award for Courage in Cinema at the Mosaic International South Asian Film Festival.

Out of Mind, Out of Sight (JS Kastner Productions/NFB), the late John Kastner’s final film with the NFB, exploring what happens to people who suffer from mental illnesses and commit violent crimes—where do they go and how are they treated? It was named Best Canadian Feature Documentary at Hot Docs.

The Rose Family by Montreal filmmaker Félix Rose, who tries to understand what led his father and uncle, members of the Front de libération du Québec, to kidnap cabinet minister Pierre Laporte—unleashing an unprecedented crisis. The Rose Family was the winner of the Prix Iris Public Prize at the Quebec Cinema Awards.

Unarmed Verses by Charles Officer, a portrait of a Toronto community facing imposed relocation that focusses on 12-year-old Francine Valentine, whose observations about life, the soul and the power of art give voice to those rarely heard in society. It was named Best Canadian Feature Documentary at Hot Docs and one of Canada’s Top Ten Films, selected by the Toronto International Film Festival.

The National Film Board of Canada (NFB) is one of the foremost creative centres in the world. As a public producer and distributor of Canadian content, a talent incubator and a lever for Canada’s creative sector, the NFB produces nearly one hundred titles every year—from socially engaged documentaries and auteur animation to groundbreaking interactive works and participatory experiences. It was among the first cultural organizations to make clear commitments to gender parity; to launch an action plan with the goal of supporting Indigenous perspectives; and to establish concrete actions and targets that promote diversity, equity and inclusion. In addition to serving as a reference point around the world for digitization and preservation practices, the NFB ensures the long-term conservation of its works as part of the audiovisual heritage of all Canadians.

ACTRA TO Honours Its Own