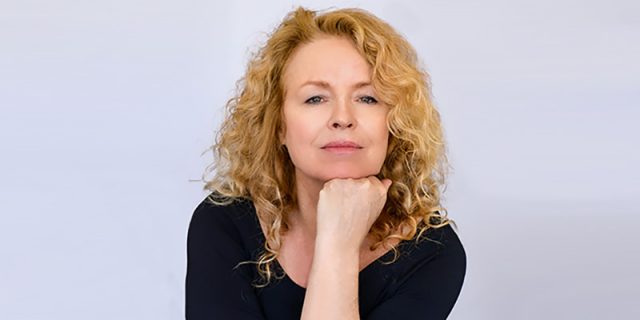 Rozema Films Get New US Audiences
by Staff Editors

When Night is Falling – recently restored to its full visual splendour – is centered on a lesbian love story and has long been considered an accomplished and elegant addition to the LGBTQ+ canon. The harrowing urban fairytale White Room, a visually rich “journey through genres” about our modern obsession with celebrity, will also be released in its new pristine 4K restoration.

There has been a resurgence of interest in Rozema’s body of work by loyal and new audiences following Kino Lorber’s successful theatrical release of Rozema’s beloved indie classic I’ve Heard the Mermaids Singing in 17 key cities across the U.S. this past spring. Now celebrating the 35th anniversary of its historic Prix de la Jeunesse Award at Cannes, Rozema’s ground-breaking directorial debut launched on the Criterion Channel this month and will be released on Blu-Ray in North America by Kino Lorber on September 13th. The disc release will feature extras including a new commentary by Patricia Rozema, a Q&A conversation with Rozema and artist Laurie Anderson from the re-release in New York, a video essay from film historian Daniel Kremer, and Rozema’s short films Passion: A Letter in 16mm (1985), Desperanto (1991), part of the anthology film Montréal Vu Par…, and The Shape I Think (1995), written and performed by Rozema, part of the 1996 anthology film Symposium: Ladder of Love directed by Nik Sheehan.

“A bracingly innovative and trailblazing artist, Patricia Rozema stands apart as one of the foremost independent filmmakers of her generation,” said Richard Lorber, President & CEO of Kino Lorber. “Her nimble, intelligent filmmaking celebrates the rich inner lives of women and queer people, and her wide-ranging oeuvre remains every bit as relevant today as upon original release. Kino Lorber was honored to release the 4K restoration of I’ve Heard the Mermaids Singing earlier this year and introduce a new generation of cinephiles to Patricia’s work. With this latest partnership, we couldn’t be more thrilled to share more of her boldly inventive and richly charming films with audiences across the United States and Canada.”

In addition to partnering with Kino Lorber for North America, Hubmann has also negotiated international sales for Rozema’s films, including MUBI’s year-long acquisition of I’ve Heard the Mermaids Singing in 230+ territories worldwide as a double-bill with Mouthpiece; and with German distributor Salzgeber & Co. who has picked up the rights for I’ve Heard the Mermaids Singing and When Night is Falling for Germany, Austria, and Switzerland. Mouthpiece is also distributed with Bulldog Films in the U.K.

Patricia Rozema, who most recently was announced Jury Chair for TIFF 2022’s Platform section (previously Riz Ahmed and Jia Zhangke, have chaired this Jury) is one of Canada’s most daring, versatile, accomplished and recognized filmmakers with her films a staple of the Canadian canon. For decades, Rozema has entertained and pushed boundaries through her visionary work. A pioneering filmmaker, Rozema was an out lesbian when few were, her award-winning, remarkably diverse body of work spans film and television, fiction and documentary, original screenplays and literary adaptations – across platforms, genres and countries.

She burst onto the scene in 1987 with I’ve Heard the Mermaids Singing which is still considered one of Canada’s most successful films and was voted by 100 international critics and filmmakers as one of Canada’s 10 best films. Other notable films, in an acclaimed filmography of over 20 productions, also includes Mansfield Park (1999), Into the Forest (2016), Six Gestures part of the Yo-Yo Ma:Inspired by Bach film (1997), Samuel Beckett’s Happy Days (2000), Women Who Act (2015) as well as penning the award-winning Grey Gardens (2010) and Kit Kittredge, An American Girl (2008) for New Line & HBO and directing other TV projects, including pilots for HBO & Netflix.

Patricia Rozema is a member of the Academy of Motion Picture Arts and Sciences and is represented by Rowena Arguelles and Angela Dallas at CAA and Ralph Zimmerman at Great North Artists in Canada.

The new 4K restoration of When Night is Falling was made possible by the Canada Media Fund’s Encore+ YouTube channel in partnership with Telefilm Canada.

To commemorate Canada 150 in 2017, I’ve Heard the Mermaids Singing was digitally restored by Library and Archives Canada, Cinematheque Québécoise, The Cinematheque, and TIFF. Its 4K restoration made possible by The Government of Canada, Canada 150, RBC, Ontario 150 and Telefilm>