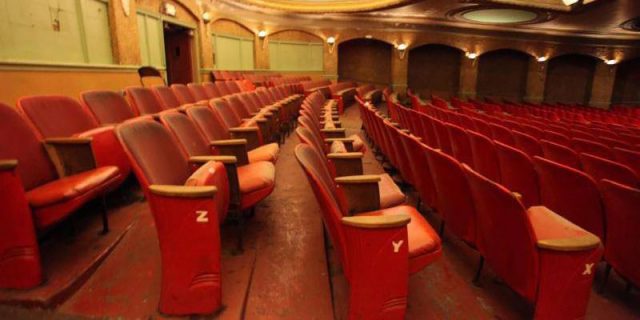 (September 6, 2022 – Toronto, ON) It is a fairly good bet that everyone in the world knows that TIFF 2022 starts Thursday. We announced our coverage on Saturday, but if you missed it, our Film Correspondent Thom Ernst will be filing daily TIFF updates starting September 8. To add to the fun, we’ll be posting a Daily Tiff Trivia Question during the festival. But the point I wanted to make is there are lots of other film festivals this month.

Two of them start tomorrow, September 7 and they’re both based in Toronto. These fests have their own individual focus. They were created to appeal to a specific audience even when they offer films that have a much broader appeal. Based on the length of the festival, from shortest to longest, The 31st Cabbagetown Short Film Festival, famous for screening Sarah Polley’s first short (and mine a few years later) used to be a one night affair. It still is when it comes to screenings, but their selection of films is then made available for streaming across Canada from September 8 to 10. Click here for ticket information. 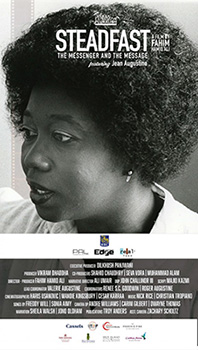 The second festival is the much more robust CaribbeanTales International Film Festival (CTFF), which runs from September 7 to 23. The festival was designed to celebrate established and emerging Caribbean and African Filmmakers. Most of the films are not Canadian, but what’s on offer should appeal to anyone. A good example is the Martinique animated feature Opal. In French with English subtitles, the story is set in a magic kingdom where summer lasted forever and where the animals and the inhabitants were immortal. The source of all magic was a young princess called Opal. Director Alain Bidard made history when he released the first animated feature film ever made in Martinique, Battledream Chronicle, which went on to pick up 24 international awards and 70 nominations.

Of special note is a special screening of the 58-minute documentary, Steadfast – The Messenger and The Message from Canadian filmmaker Fahim Hamid Ali. His previous films, Magical Milton and Maple Morning, screened at TIFF and achieved acclaim throughout Canada. Most of the festival screens at The Carlton Cinemas, but this special evening will be held at the Harbourfront Centre Theatre. More than just the film, the evening was created to celebrate Dr. Augustine’s 85th Birthday and will be co-hosted by Cityline host Tracy Moore and CBC Anchor Dwight Drummond with a birthday reception following the film’s talkback with Dr. Augustine and Director Fahim Hamid Ali. Click here to see the full CTFF festival program.

The 2022 FIN Atlantic International Film Festival kicks off on September 15 with its Gala Presentation of Clement Virgo’s film Brother. It’s the story of Francis and Michael, sons of Caribbean immigrants maturing into young men amidst Scarborough’s pulsing 1990s hip-hop scene. Exploring themes of masculinity, identity and family, a mystery unfolds during the sweltering summer of 1991, and escalating tensions set off a series of events that change the course of the brothers’ lives forever. Adapted from the award-winning novel by David Chariandy, Brother is a story about the profound bond between siblings, the resilience of a community, and the irrepressible power of music. Brother also screens at TIFF. Click here to see the full 2022 FIN Atlantic program.

Cinéfest Sudbury launches two days later on Saturday September 17 with the Canadian feature, Ashgrove, a drama set in the not-so-distant future. Ashgrove is actually Dr. Jennifer Ashgrove (Amanda Brugel), one of the world’s top scientists, is battling to find a cure to a crisis that affects the world’s water supply. As the weight of the world takes its toll, she retreats to the countryside with her husband Jason (Jonas Chernick), in a bid to clear her mind. But their relationship is strained, and they soon realize that their ability to save their marriage will literally determine the fate of humankind itself. Find more info online.

These are just four of fourteen Canadian festivals this month that we know about. This article is the first in a series that will look at more September festivals in the days and weeks ahead. Click here to see our list of September festivals. If you don’t see your festival listed, let us know right away, it’s free (this year). Email: news@northernstars.ca