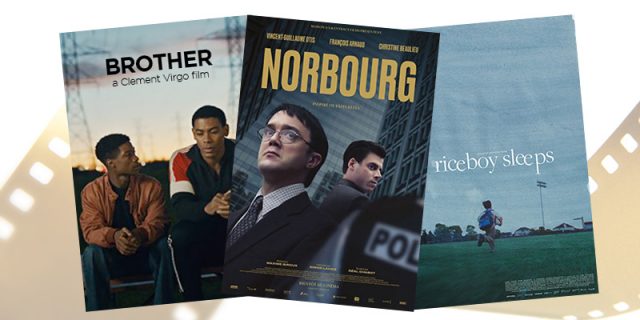 (September 17, 2022 – Toronto, ON) – Vincent Georgie, Executive Director and Chief Programmer of the Windsor International Film Festival (WIFF) has announced the 10 films nominated for the WIFF Prize in Canadian Film. The award carries a cash value of $25,000 which goes to the director of the chosen film. Each film will also screen as part of WIFF which celebrates its 18th edition this Fall and runs from October 27-November 6 in Windsor, Ontario.

The nominees were announced today at the annual WIFF at TIFF event in Toronto and the prize will be handed out on Sunday, October 30th at an awards brunch during the festival. The winner is chosen by a jury of industry professionals. This year’s 10 Canadian films that are contenders for the WIFF Prize in Canadian Film are:

NORTH OF NORMAL by Carly Stone

SOMETHING YOU SAID LAST NIGHT by Luis de Filippis

TO KILL A TIGER by Nisha Pahuja

“This is an incredibly strong year for Canadian film and we are honoured and excited to be showcasing some of Canada’s best talent and the future of our national cinema,” said Georgie. “We introduced the WIFF Prize in 2019 as we know how vital it is to support our filmmakers. Our plan is to grow this prize every year as a sign of our commitment to the Canadian film industry.”

The WIFF Prize in Canadian Film in 2019 went to Kuessipian by Myriam Verreault. Celebrating its 18th year, WIFF is a cultural, not-for-profit organization that celebrates the art of cinema by showcasing Canadian and international film and filmmakers. Delivering exceptional experiences through film, WIFF strengthens and enriches community while promoting the creative economy.

NOTE: The poster for Brother was created by Northernstars only for use with this article.

Hello Again to Close Inside Out