(June 20, 2022 – Toronto, ON) Creator, Executive Producer and star, Catherine Reitman has announced season seven of Workin’ Moms will be the series finale. The announcement from Wolf + Rabbit Entertainment stated that principal photography has begun on the seventh season of the original hit comedy series. Currently shooting in various locations in and around Toronto, season 7 will premiere on CBC and CBC Gem in the Winter of 2023 followed by a global release – everywhere outside Canada – on Netflix. Reitman stars in the lead role of Kate Foster in a series that offers an unflinching look at the absurd realities of life as a mom, partner, and friend.

“To our incredible fans, making this show has been the ride of my life. Philip and I hit the ground, day one of season one, with a three-month old and a two-year-old, watching as we pressed forward on one mission: to tell the stories of four flawed mothers, who dared to be something beyond their nurseries. Going to work every day, whether in the room with our brilliant writers, on set with our extraordinary cast or in post with the best producing team in the business, has cemented in me the importance of telling stories that have meaning, surrounded by artisans who get it,” says Reitman. “But like any story, there must be an ending. And so, it is with love and gratitude that I’m announcing season seven as our final season. The biggest thank you to our partners, CBC and Netflix, for getting behind a show that points a flashlight into the darkest corners of motherhood. To those of you who’ve stopped me on the street, to share your love of the show – I see you. I hear you. And I thank you. Go get ’em mamas…” 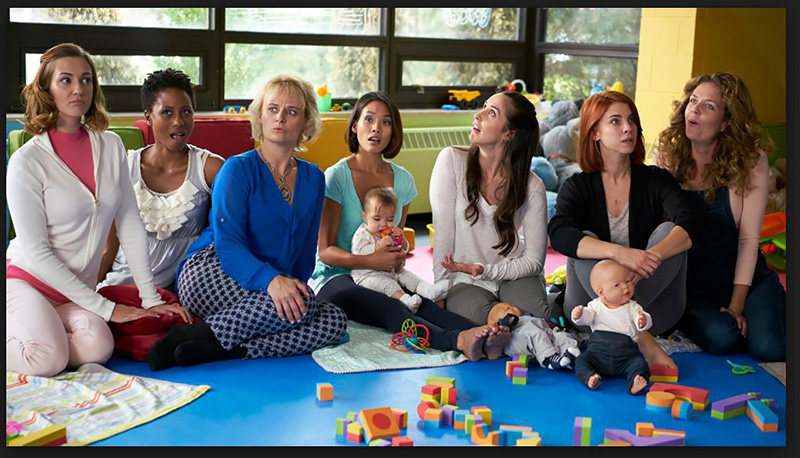 “Over seven remarkable seasons Workin’ Moms has brought laughter to audiences the world over while also shining a light on the delicate balance of personal connections – with our children, our partners, our friends and our colleagues – and the internal struggle to maintain a sense of self. The dedicated international fan base and critical acclaim is evidence that Workin’ Moms has more than hit the mark,” said Sally Catto, General Manager, Entertainment, Factual & Sports, CBC. “It has been a delight and an honour to partner with Catherine – an immeasurable talent, in front of and behind the camera – Philip, and the incredibly talented Workin’ Moms team – this is a series that will undoubtedly continue to connect with audiences for years to come. While it will be bittersweet to say goodbye to these unforgettable characters, we are excited for audiences to watch this brilliant final season.”

Picking up where season six left off, season seven will see the women confront demons from their past in order to move forward into their future. Motherhood, relationships, and career choices will all be put to the test, as they come to terms with who they once were and where they’re each headed. As we bid farewell to Kate, Anne, Sloane, Jenny, and Val, it’s up to each of them to decide the impact they’ll leave with their work, the traits they’ll pass on to their children, and ultimately, how much more sh*t they’re willing to take as workin’ moms.

Reprising their roles are: Dani Kind as Anne; Jessalyn Wanlim as Jenny; Philip Sternberg as Nathan; Ryan Belleville as Lionel; Sarah McVie as Val; Sadie Munroe as Alice; Peter Keleghan as Richard; Nikki Duval as Rosie; and Enuka Okuma as Sloane Mitchell, among other fan favourites.

Catherine Reitman has been recognized by the Alliance for Women in Media with multiple Gracie Awards for WORKIN’ MOMS — in 2021 for Showrunner Fiction, Comedy and in 2020 for Best Lead Actress, Comedy and for Best Direction, Comedy. The Gracies® are named after media pioneer Gracie Allen, who embodied the character of the awards, and recognize exemplary programming created by, for and about women in radio, television, and interactive media.

A CBC original series, Workin’ Moms is produced by Wolf + Rabbit Entertainment with the financial participation of the Canada Media Fund and Netflix. The series is distributed internationally by Coldsprings Media LLC and represented by Executive Producer Tina Horwitz and her company Vanguarde Artists Management. Nominated for multiple Canadian Screen Awards and two International Emmy® Awards, the series airs in Canada on CBC and streams on CBC Gem, and streams worldwide as a Netflix Original.

On The Trail of Murdoch