(August 10, 2016 – Montréal, Québec) Winnipeg filmmakers Katherena Vermette and Erika MacPherson have been honoured for their short documentary this river with the Coup de coeur du jury award at the 2016 Festival Présence autochtone/Montréal First Peoples Festival. Erika MacPherson was on hand to accept the award on August 8.

Co-written and directed by Métis writer Vermette and MacPherson, the 20-minute this river brings an Indigenous perspective on the devastating experience of searching for a loved one who has disappeared. this river is produced by Alicia Smith and executive-produced by David Christensen for the NFB’s North West Studio.

“I’m humbled by the generosity and grace of Winnipeg’s Drag the Red community, and honoured that they welcomed us to witness and document their crucial work. I’m buoyed by the incredible skill and camaraderie of our all-women filmmaking crew. And I’m grateful to work 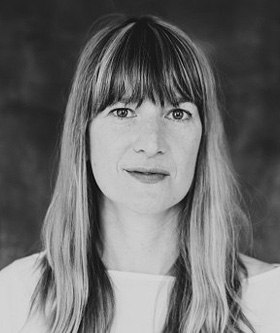 for Canada’s public producer―a place where this kind of storytelling, from these kinds of perspectives, is valued and encouraged,” said producer Alicia Smith (pictured).

The doc focuses on Kyle Kematch and Katherena Vermette who have experienced the heartbreak of losing a loved one. Kematch has a sister who went missing over five years ago. He now works with Drag the Red, a volunteer organization that searches the Red River for clues relating to missing members of the Indigenous community. Katherena Vermette is a poet and writer whose work stems from a family tragedy that happened over 20 years ago. Though their stories are different, they each exemplify the beauty, grace, resilience, and activism born out of the need to do something.

On October 5 at 7 p.m., this river will have its Winnipeg premiere starting at the Winnipeg Art Gallery, as part of “The Decolonizing Lens,” a film screening and discussion series co-organized by the National Centre for Truth and Reconciliation and the Women’s and Gender Studies Program at the University of Manitoba. The film was selected to screen at the gallery by curator Jaimie Isaac. The evening will be moderated by producer Alicia Smith.