(October 10, 2019 – Toronto, ON) Trinidad-born, Canadian producer-director Selwyn Jacob has been given an honorary degree from Dalhousie University. The announcement from the National Film Board of Canada was made on October 8 from the NFB’s Vancouver office where Jacob is Pacific and Yukon Studio producer.

Jacob came to Canada in 1968 to attend the University of Alberta in Edmonton. After graduation, he completed a master’s degree in film studies at the University of Southern California School of Cinematic Arts. Since the early 1980s, his work has explored the experiences of Black Canadians as well as other stories from Canada’s multicultural communities; first as a trailblazing independent director―and the first Black Albertan director―and then as a producer with the NFB in Vancouver.

His first documentary film was made in 1984 and was about Canada’s most northerly all-black community. We Remember Amber Valley was about Black immigrants from Oklahoma who settled the area between 1910 and 1912. It became known throughout northern Alberta in part because of its baseball team. Jacob’s film documents the arrival of the settlers, the establishment of the community and its decline in the 1950s.

He has produced such acclaimed NFB works as Cheryl Foggo’s The Journey of Lesra Martin, a 2002 documentary about a Canadian youth who helped to free Rubin “Hurricane” Carter; Ling Chiu’s From Harling Point (2003), about the first Chinese cemetery in Canada; Mighty Jerome (2010), Charles Officer’s Leo- and Emmy-award-winning portrait of Black Vancouver track-and-field star Harry Jerome; as well as Inuvialuit filmmaker Dennis Allen’s Crazywater, a 2013 exploration of substance abuse among First Nations people. 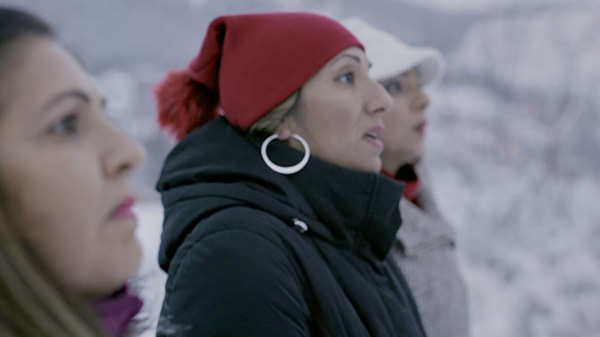 Mina Shum’s feature documentary Ninth Floor, about the Sir George Williams Riot of 1969, was a story that Jacob had wanted to bring to the screen for decades, since his own student days. His most recent productions include another award-winning doc, Baljit Sangra’s 2019 Because We Are Girls (pictured above). The feature documentary had its World Premiere at the Hot Docs festival in Toronto in May 2019. It follows Indo-Canadian sisters who spent years trying to find justice after they had suffered childhood sexual abuse from their cousin.