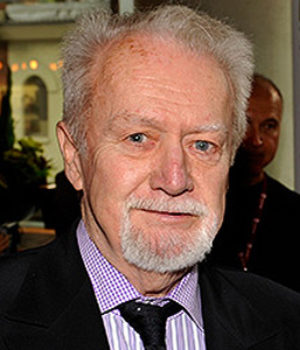 (May 13, 2016 – St.Catharines, ON) It is one of the newest film festivals in Canada and it takes place in one of the smaller centres yet since the Niagara Integrated Film Festival (NIFF) was launched three years ago, it has become one of the most highly anticipated and important festivals on the film calendar. This year things kick up a notch with the festival’s Industry Day on Friday, June 17.

“NIFF’s Industry Day will bring together leaders who will present a variety of perspectives on the important topics facing those working in the film and television industry today,” said NIFF founder Bill Marshall (pictured), who launched the annual festival. If you’re not familiar with its goal of “integration” the idea was to make Niagara’s unique wine region the backdrop for screenings of great movies from around the world for Niagara’s local movie buffs while at the same time showing off the world-class wine industry to out-of-towners. Bill Marshall is now in his late 70s and was one of the founders of the Toronto International Film Festival back when it was just The Festival of Festivals. He is also a filmmaker so he knows a lot about film and what filmmaker’s need.

Part of his vision for Niagara was to provide local filmmakers a venue to showcase their work, as well as grow and develop their talent into a strong local production industry and encourage outsiders to use Niagara locations not only for their beauty but also for the advantageous tax-credits.

NIFF’s Industry Day in Partnership with The Walrus Foundation, will bring together filmmakers, television producers, film and media students, cinephiles and other creatives to talk shop and stimulate discussions among people on the creative and business side of the industry.

The theme of Striding Forward – Structuring the New Road Map, offers a series of discussions aimed at the outside-the-box thinkers who know the value of creativity and clever business tactics. Attendees can expect to engage day-long with speakers in a way that will advance and change their careers and engage in discussions to create a new model for success for those involved in the creation and production of Canadian content.

The keynote speaker is Mark Shekter, CEO and Co-Founder of Think8 Systems, an internationally credited and award-winning writer/producer and Montreal-based leader in Strategic Business Design. He will talk about his ideas for developing a new model for 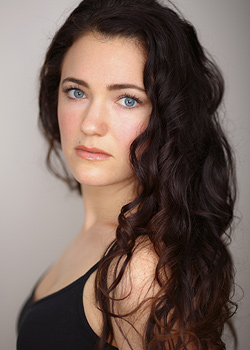 the Canadian media industry. His talk will be followed by an important panel discussion by industry leaders on the Business of Culture – Re-framing a New Partnership. Panelists will include David Cormican, Executive Vice-President of Business Development and Production at Don Carmody Productions, CMPA President and CEO, Reynolds Mastin, CBC’s Lisa Clarkson, Executive Director of Business and Rights and Tim Smy, Theatrical Sales Director at VVS Films. Nathalie Clermont, Director of Programs at the CMF will be introducing this dynamic session.

In addition, there will be a panel highlighting opportunities in this burgeoning region. April Mullen (pictured above), St Catharines Filmmaker, Adrian Thiessen, President of FourGrounds Media, Steve Boese, Manager, of The Generator at One, Michael Meredith, Senior Relationship Manager at RBC lead this revealing discussion which is moderated by local media producer, Patrick Gagliardi.

Industry Day events will take place at The Stone Mill Inn, 271 Merritt St, St. Catharines, Ontario from 9:30 a.m. to 6:00 p.m and culminate in a networking reception. Space is limited so those who are interested in taking part should register early. Tickets for specific seminars can be purchased online.