Home News nîpawistamâsowin: We Will Stand Up Honoured at Hot Docs

nîpawistamâsowin: We Will Stand Up Honoured at Hot Docs
by Staff

(May 3, 2019 – Toronto, ON) As the 26th annual Hot Docs Canadian International Documentary Festival beings to wind down and will end on Sunday, earlier today it was announced that nîpawistamâsowin: We Will Stand Up has been given the Best Canadian Feature Documentary Award.

“This recognition of the film and the story it tells is overwhelming and I am filled with gratitude,” said the film’s director, Tasha Hubbard. “Colten Boushie should be remembered for the kind, young man he was, and his hope 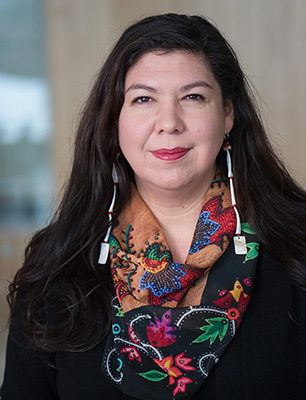 for a better future for the next generation deserves to be realized. His family’s courage to push for justice should inspire us all. Finally, I am also very thankful for the commitment of my collaborators and support systems.”

Co-produced by Downstream Documentary Productions and the National Film Board of Canada, nîpawistamâsowin: We Will Stand Up was selected to be the opening night film for the festival and Northernstars had the pleasure of talking with Tasha Hubbard before the festival opened. The Best Canadian Feature Documentary Award is sponsored by the Documentary Organization of Canada and Telefilm Canada. The jury issued a statement about the film, saying, “This filmmaker has created a lasting document that brings together past and future to illuminate oppression and resilience. As an investigation of a specific injustice, the film leaves no stone unturned while infusing the narrative with a deeply felt, creatively authentic point of view.”

Northernstars joins with others in congratulating the filmmakers. nîpawistamâsowin: We Will Stand Up has also been selected to screen at the DOXA Documentary Film Festival, Vancouver, which continues until May 12 and will begin its theatrical run in various markets across Canada later this month.