Think of a rubber face. Jim Carrey comes to mind instantly, right? What if you gave it a moment of thought? Can you see flashes of expressions bursting off Catherine O’Hara’s face like paint onto canvas? How can you not? Known for her stinging impressions of Hollywood`s leading ladies, including a truly talented one of Katherine Hepburn, O’Hara honed her craft during her early days at Toronto`s Second City.

Born in Toronto on March 4 1954, O’Hara got her start waiting tables at the Second City Theatre in that city. It was her way of getting a foot in the door. Second City believed in O’Hara`s talent enough to keep her on as a cast member. This was in 1976. She went on to SCTV fame with fellow cast members Rick Moranis, Martin Short, John Candy, Eugene Levy, Joe Flaherty and Andrea Martin. The talent within this cast is legendary by now, but at the time the cast, who shot episodes in 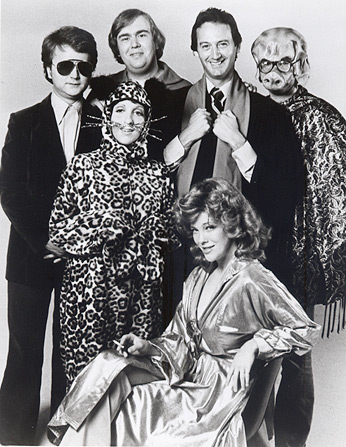 Toronto and Edmonton, were unaware of the effect the show was having on its viewers. O’Hara stayed with SCTV until 1983.

The following year, 1984, she made The Last Polka along with most of the cast of SCTV. As a farce of Scorcese`s The Last Waltz, Polka received acclaim by critics and filmmakers alike. Scorcese must have been impressed. O’Hara went on to make After Hours. A comedy directed by the filmmaker in 1985.

Her ability to pick key roles in quirky films drew her to Beetlejuice (1988), a special-effects comedy starring Alec Baldwin, Geena Davis, Michael Keaton and a very young Winona Ryder. In 1990, O’Hara made a smart career move. She accepted a role in the film Home Alone. Directed by Chris Columbus, the film went on to be the top-grossing comedy of all time. She was finally getting recognition for the work she had done. After Home Alone, O’Hara held bit parts in films like Dick Tracy and Betsy`s Wedding, both in 1990. She also had a supporting role in indie flick Little Vegas in the same year. Two years later she reprised her role as Kevin`s inept mother in Home Alone 2: Lost in New York.

O’Hara`s voice is as distinct as her humor. Perhaps Tim Burton heard it the same way when he cast her in his animated tale The Nightmare before Christmas in 1993. A year earlier she had narrated a children`s film entitled Rabbit Ears: Finn McCoul, about the life and legend of an Irish hero. Catherine reunited with SCTV chum Martin Short in the comedy A Simple Twist of Fate in 1994. More supporting roles in films like Wyatt Earp and The Paper (both in 1994) kept her busy.

Waiting for Guffman brought along another old friend, Eugene Levy. This film garnered a lot of attention. The Toronto International Film Festival in 1996 featured it in its lineup. 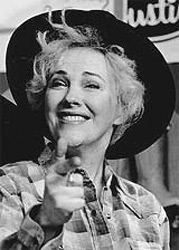 Playing a really terrible performer with the desire to be great, her performance was a standout.

She next appeared in the made-for-television movie Hope, by first-time director Goldie Hawn, in 1997. And in 1998, her role as a psychotic mother who suggests murder to her sons as a form of revenge for her second husband`s philandering, was a highlight of 1998`s Home Fries.

The satiric and almost too campy Best in Show, released in 2000, showcased all cast members but Catherine`s pursed-lipped character of Southern dog-owner Cookie Guggelman Fleck is truly memorable. The somewhat less successful A Mighty Wind (2003) saw most of the same cast playing a whole new set of characters, and again her 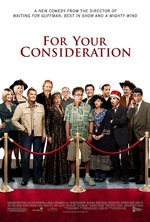 teaming with Eugene Levy was the best part of that movie too.

The first half of the new decade has been kind to O’Hara with a handful of diverse roles moving her further and further into the mainstream. She has also found her voice in as much demand as her face. Much like in the mid-1990s, she was cast to be one of the voices in the 2005 animated feature Chicken Little. Her voice was also used in Brother Bear II, Cat Tale and Over the Hedge, all released in 2006. O’Hara returned to the increasingly famous acting ensemble put together by Christopher Guest to co-star in For Your Consideration, which had its world premiere at the 2006 Toronto International Film Festival, as did, Penelope an offbeat film that co-starred Christina Ricci and Reese Witherspoon.

As a comedic character actress, Catherine O’Hara has brought depth to many a shallow character. Her dry wit and now almost trademark deadpan delivery lends a surprising complexity to the many roles she has inhabited and keeps her portrayals fresh and interesting. It has been noted that there is no one like her working in Hollywood today.

The image at the top and the group photo in the biography were scanned from an original publicty kit for the debut season of The Second City television series, which was acquired by the Northernstars Collection in 2009.

This biography is Copyright © 2005 and may not be used without prior written permission. Click here for more information about copyright.