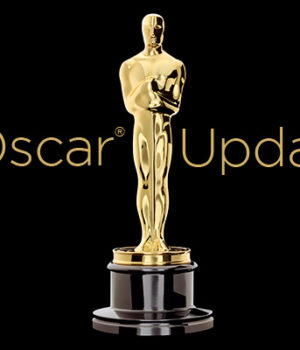 (February 29, 2016 – Toronto, ON) Well… that was a bit of a letdown. So much promise going into the 88th Academy Awards® and so little to show for it. American Actress Brie Larson took the Best Actress Oscar® for her role as “Ma” in the Ireland-Canada co-production, Room, and Pakistani-Canadian filmmaker Sharmeen Obaid-Chinoy won her second Oscar® for Best Documentary Short with A Girl in the River: The Price of Forgiveness. Both eminently worthy of their awards, but we get the feeling many in the Canadian filmmaking community were hoping for so much more. Obaid-Chinoy’s win shut out Adam Benzine for Claude Lanzmann: Spectres of the Shoah.

From two films in the Documentary Short category, Canada also enjoyed, for the first time in history, two coproductions (with Ireland) on the Best Picture nominee list: Room and Brooklyn. As it turned out, with everyone predicting a win for the shot-in-Canada The Revenant, the surprise winner at the end of the night was the partially shot-in-Canada Spotlight. Rachel McAdams had earned a well-deserved nomination for Actress in a Supporting Role for her work in Spotlight, but the Oscar® went to Alicia Vikander for The Danish Girl.

Toronto R&B singer-songwriter The Weeknd and his Canadian songwriting collaborators Stephan Moccio, Ahmad Balshe and Jason Daheala Quenneville shared an original song nomination for “Earned It” from the film Fifty Shades of Grey. His performance was one of the highlights of the show, but the award for Best Song went to Sam Smith and Jimmy Napes for “Writing’s on the Wall,” from the latest James Bond film, Spectre. With hardly a dry eye in the massive Dolby Theatre there was considerable surprise when Lady Gaga’s “‘Til it Happens To You” didn’t take home the coveted Oscar®.

None of the nominations in the technical categories panned out. Visual effects artist Cameron Waldbauer, set decorator Hamish Purdy, sound technician Chris Duesterdiek (for sound mixing) and makeup and hair artist Robert Pandini were all nominated for their work on The Revenant, but Mad Max: Fury Road cleaned up in most of those categories. Ex Machina won the award for best Visual Effects. Also in the Sound Mixing category was Paul Massey, nominated for his work on The Martian but Mad Max: Fury Road took that category too.

Northernstars.ca congratulates all the nominees and winners as we now turn our gaze toward the Canadian Screen Awards on March 13.