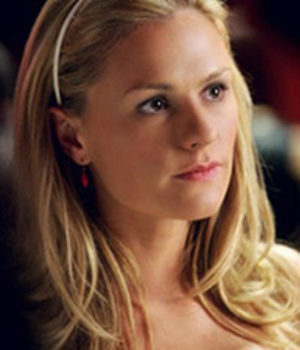 How does an 11-year-old girl from Winnipeg become one of the most sought after child actors in the business? She wins an Oscar® of course!

Anna Paquin began her acting career, in 1993, in The Piano. It’s a period piece, full of hoop skirts and braided hair. She got the part by accompanying her older sister and friend to an open audition and left director, Jane Campion,stunned. Campion looked at Paquin stepping up to read for the part of Flora, and thought her too tiny and shy. After her reading, Campion said she nearly fell off her chair. The Piano offered Paquin an extremely large role, she had the majorityof the lines within the movie, quite a gamble for a novice, but it paid off. She won the Film Critics Circle of Australia Award for Best Supporting Actress for the movie as well as the LA Film Critics Association Award, again for Best Supporting Actress. Her surprise win at the 1993 Oscars® for Best Supporting Actress (it was expected to go to Winona Ryder for The Age of Innocence) was 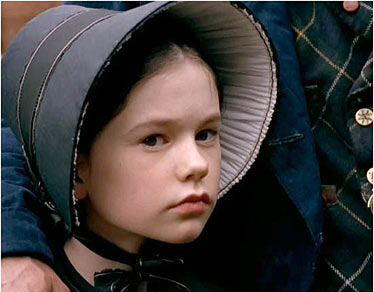 expressed by Paquin backstage as being pretty cool.

Paquin then made Jane Eyre, another period piece, in 1996. In this film she played the young Jane dealing the harsh realities of an orphanage in 1847. While only a small role, she received very positive reviews for her performance.

The story of Fly Away Home (1996) is the closest to her life so far. Focused on a young girl who must move to Canada to live with her estranged father because of her mother’s recent death, the film seemed to reflect, if not completely accurately, Paquin’s family life. During the making of this movie her parents, Brian, a Canadian Physical Education teacher, and Mary, an Australian English teacher, separated. Paquin moved to Wellington, New Zealand to live with her mother.

Her fourth movie consisted of a small role in Steven Spielberg’s Amistad (1997). She played the Spanish Queen Isabella.

Paquin then worked on a made-for-television movie entitled The Member of the Wedding (1997). She played a 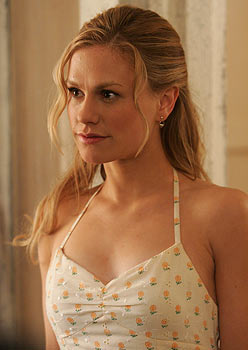 rebellious, young orphaned girl who wants to live with her older newlywed brother and the emotional land minds that fall within such a situation.

Hurly-Burly in 1998 brought with it the first adult role for Paquin. Starring opposite Sean Penn, Robin Wright Penn and Kevin Spacey, she played a drifter teen who trades sex for just about anything.

Her next film, A Walk on the Moon (1999), was set in the Woodstock-drenched Sixties and explored love and growth through the eyes of a daughter (Anna) and her mother, played by Dianne Lane. This marked Paquin’s return to the screen in a supporting role and was well received by critics and fans alike.

She’s All That (1999) placed her in a small role as Freddy Prinze Jr.’s younger, hip sister who helps him win the girl. It`s in this movie that one can see the grown-up Paquin acting her chronological age, a first for her. She`s All That is fun and light, and gave her a chance to expose her comical side a little.

It was clear with the dawning of a new millennium that the horizon for Anna Paquin was wide open. Within the first few years she appeared in more than 10 movies. As of this writing, in 2005, that`s two per year, which is a pretty good pace given what it takes to get a movie made these days. While most would point to her work as ‘Rogue’ in the three X-Men films, a small role in a mainly “buddy flick,” Finding Forrester, allowed her to stretch into the young woman she had become. One reviewer called her “alluring” and another stated, “Anna Paquin is wonderful, although underused.”

Turned out that wasn’t a permanent condition. Her starring role as Sookie Stackhouse (pictured above) in the hit HBO TV series True Blood, brought the young actor a legion of new fans and more publicity than she had enjoyed in years.