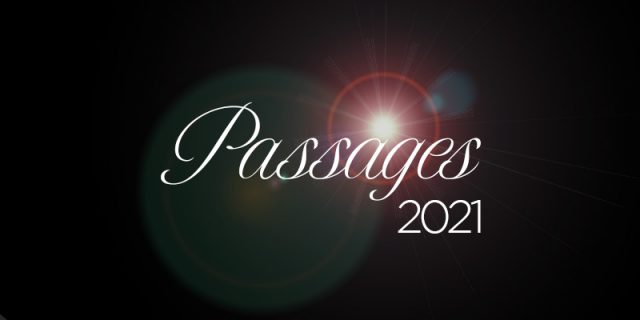 Primarily a singer, Michel Louvin began as a highly popular TV host. Born July 12, 1937, Louvain dreamed of being a singer from an early age. He was 20 when he was hired as a “master of ceremonies” at a hotel in Laval, Québec. Be became quite a presence on Quebec television, hosting several programs beginning in 1963. Louvain received the Medal of Honour from the National Assembly in 2009 and was made Chevalier de l’Ordre national du Québec the following year — the highest award given by the Québec government. He became a member of the Order of Canada in 2015. Diagnosed with esophageal cancer at the beginning of April, he was 83 when he died on April 14.

Sharon Polloch began life as Mary Sharon Chalmers on April 19, 1936 in Fredericton, New Brunswick. An outstanding advocate of Canadian culture and a promoter of Canadian talent, her stage plays have been produced by major and alternative theatres in the United States, Great Britain, Ireland, Australia, India, Japan, Belgium, Greece, Hungary, Kosovo, and Canada.  She wrote for both radio and television, and led playwriting and theatre workshops and labs both inside and outside Canada. Her historical drama Walsh, based on the relationship between Chief Sitting Bull of the Oglala Sioux and James Walsh of the North West Mounted Police, was produced by Theatre Calgary as a major theatrical component of the 1988 Cultural Olympics held in conjunction with the 1988 Winter Olympics. In 1991 her play The Making of Warriors, one of six scripts commissioned internationally was produced by the C.B.C. in celebration of The Second International Women Playwrights Conference. The Stratford Festival Theatre produced three of her works, Walsh, One Tiger to a Hill and Fair Liberty’s Call. Her play Blood Relations was performed at the Shaw Festival, and Doc, which won many awards was produced at the Soulpepper Theatre in Toronto. Just some of her honours include the Gascon-Thomas Award, an ACTRA Nellie Award for National Radio Drama for Sweet Land of Liberty, the Golden Sheaf Television Award for The Person’s Case, a Governor General Literary Award for Drama for Blood Relations and a Governor General’s Literary Award for Drama for Doc as well as a Gwen Pharis Ringwood Award for Drama for Doc. Sharon Pollock was also an Officer of the Order of Canada. The writer, director, actress, playwright was 85 when she died in Calgary, Alberta on April 19.

Graeme Ferguson was one of the co-founders of IMAX Corporation. When he was attending the University of Toronto, from which he graduated with a Bachelor of Arts degree, he was selected in 1950 to be a summer student at the National Film Board of Canada (NFB) where he received his early professional training as a filmmaker. Ferguson was appointed a Member of the Order of Canada in 1993. In 2005 he was the recipient of the Kodak Vision Award from the Large Format Cinema Association. Ferguson served as executive producer on the 2010 feature, IMAX: Hubble 3D. He was 91 when he died at his home in Lake of Bays, Ontario on May 8. 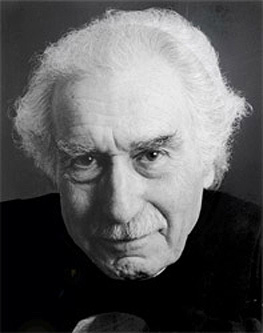 Paul Soles began his career as a radio announcer and then a television news announcer in London, Ontario. Despite being a cast member on The Wayne and Shuster Comedy Hour, Soles is usually remembered as the host of CBC’s long-running news program, Take Thirty. With the release of The Spiderman movies a new generation discovered Soles when networks began running the original Spiderman cartoon series on which he was the voice of Peter Parker, and his alter-ego, Spiderman. An accomplished stage actor, he was in the world premiere of the musical version of Ragtime. He also played the lead role of Nat in I’m Not Rappaport and Mr Dussel in The Diary of Anne Frank. In 2001 Paul Soles played Shylock in the Stratford Festival production of The Merchant of Venice. He was 90 when he died in Toronto on May 28.

Kay Hawtrey began life as Katharine Mary Craven Hawtrey and became Katharine Mary Craven Clark when she married English actor John Clark in 1956, a marriage that ended in 1967. She began her career at Toronto’s Hart House Theatre then went to England for a year’s engagement at the Embassy Theatre in London. She began her career in front of the cameras during the so-called Golden Age of Television, the 1950s, and made her last movie, released on video, in 2011. She was 94 when she died in Toronto on June 11.